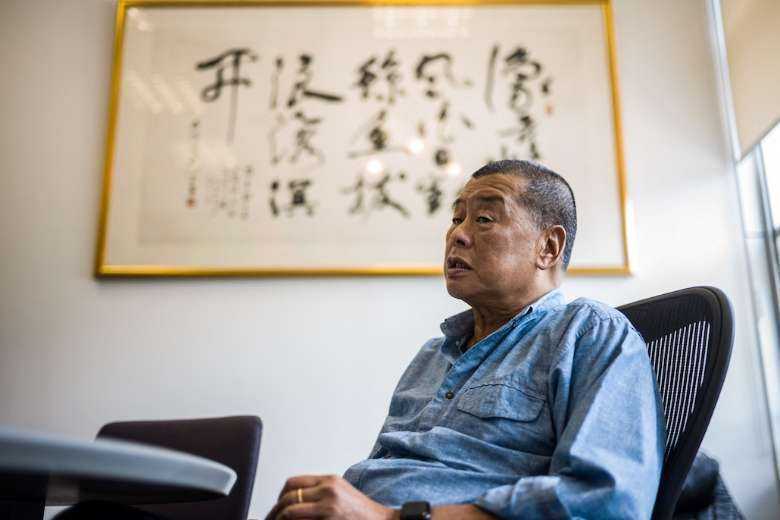 A US Catholic gathering has honored Hong Kong’s jailed pro-democracy media mogul Jimmy Lai with a special award for his "courageous work" for freedom, human rights, justice and support for the Catholic Church in China.

Lai, 73, a Catholic and founder of Apple Daily, a popular pro-democracy newspaper was honored with the 2021 Christifideles Laici Award at the annual National Catholic Prayer Breakfast on Sept. 14 at the Marriott Marquis Hotel in Washington DC, reported the Christian Post.

The award is in recognition for Lai’s commitment to advancing the mission of the Catholic Church as a layperson, said Joseph Cella, the chairman of the group’s board of directors.

Cella, who shared Lai’s life story, hailed him as “a man of extraordinary means serving ordinary men and women longing for freedom and the opportunity to fully and freely practice their faith.”

He said that the activist was jailed because of “his efforts to defend and expand human dignity and to live out and uphold the mission of the Catholic faith” in addition to supporting “fundamental human rights in China.”

Lai’s widely circulated daily, which was critical of the Chinese Communist Party, was forced to close down on June 24 after Hong Kong’s pro-Beijing administration led by Catholic Chief Executive Carrie Lam arrested editors and staff and froze its bank accounts.

Lai was jailed in April this year for 14 months for illegal assembly in 2019 in the troubled former British colony under the draconian National Security Law imposed by Beijing.

Over the years, he has donated millions of dollars to Catholic causes and has been the main financial backer of Cardinal Joseph Zen, the outspoken retired bishop of Hong Kong.

During the award announcement, a video montage of Lai was played, where Lai said that “the [Chinese Communist Party] is very afraid of organization because if you have a faith, you could easily organize together and oppose them because our religion is the foundation of morality and values which the CCP does not have."

"This is where they are most vulnerable. Chinese people are looking for a faith in addition to their life," he said.

William McGurn, a member of The Wall Street Journal editorial board and Lai's godfather, accepted the award on his behalf as Lai remains in jail.

“He’s in prison today for a simple reason,”  the Christian Post reported McGurn as saying. “His publications told the truth about China and Hong Kong. And though communism comes in many flavors — Soviet, Chinese, Cuban — the one thing that unites them all is that communism can never tolerate truth or truth-tellers.”

McGrurn urged the audience to pray for Lai and other political prisoners.

The National Catholic Prayer Breakfast is an annual gathering that brings together about 1,500 Americans to the US capital to pray for their country, according to its website. It was first held in 2004 in response to Pope John Paul II’s call for New Evangelization.

The Christifideles Laici Award is named after Pope John Paul II’s 1988 post-synodal apostolic exhortation that summarizes the teachings from the 1987 Synod of Bishop on vocation and mission of the laity in the Church and the world.