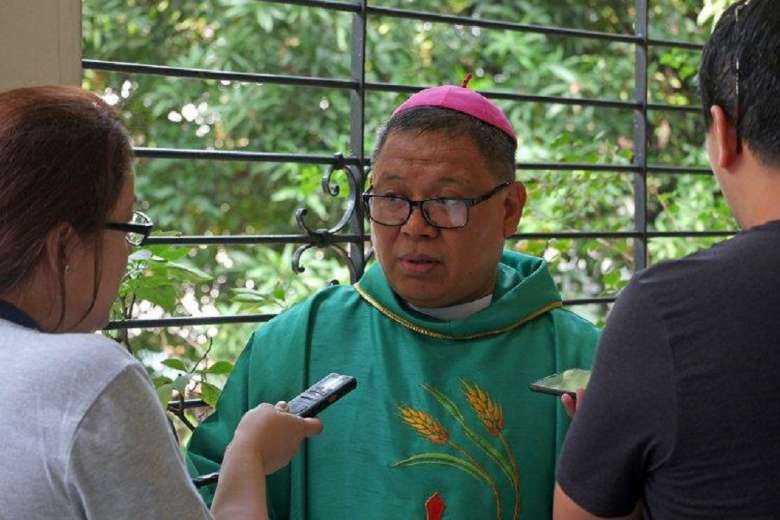 The head of the Military Ordinariate of the Philippines has backed a proposal by vice presidential candidate Sara Duterte that would require all Filipino youths to undergo military training.

Bishop Oscar Jaime Florencio believes her proposal would instill discipline and a sense of nationalism among Filipino youth.

“I think we need it to instill more discipline in our young people,” he told Catholic-run Radyo Veritas on Jan. 24.

Bishop Florencio said military training should not only be an academic requirement but a necessity to build “strong and solid characters.”

“When we talk about the young, it is important to support any project that enhances their development. Military training is one example because it teaches them discipline, something that we need in the country,” he added.

The military prelate, however, said that although he supported mandatory military service, he said all those who undergo training should be respected and not be subjected to inhumane treatment.

“Assurances should be given that they won’t be physically abused or undergo hazing,” he said.

Hazing in the military is now a criminal act that often involves physical and psychological suffering, harm or injury inflicted on a recruit. It was outlawed in 2018 following a number of high-profile incidents.

“I will use my office [Office of the Vice President] if I get elected to talk to Congress, the House of Representatives and the Senate to make military service for all 18 years old, male and female, mandatory in our country,” she told reporters on Jan. 20.

The proposal has drawn flak from youth and human rights groups who called it a foretaste of her “true militaristic nature.”

“The issue of patriotism is not simply learned by marching carrying a rifle … Sara Duterte really showed her true militaristic nature to the voting public when she offered this proposal,” said the Save Our Schools Network, a group of child-focused NGOs and church-based groups advocating children’s right to education.

Another student group from the University of the Philippines opposed conscription on the basis the military system was “corrupt.”

“It would be nightmarish to force all Filipinos to participate in a flawed military organization that has blind obedience and human rights violations as its hallmark,” it said on Facebook.