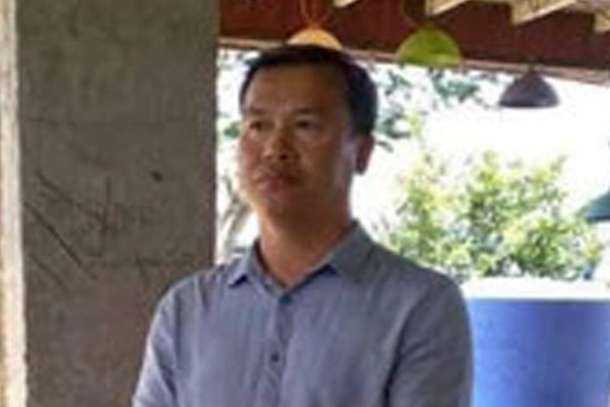 In the landlocked communist holdout of Laos, even fairly innocuous views can land you in plenty of trouble. Another Laotian has just learned that to his cost.

Sangkhane Phachanthavong, a villager living in Champasak province in the southwestern part of the country, was arrested at his home on Aug. 26 after he had posted mildly critical comments on Facebook about corruption cases in one of Asia’s poorest countries.

“Police arrested [him] because he did the wrong thing by criticizing the state system,” a Lao villager from the same community was quoted as saying. “That they don’t like, so he was arrested, and the prosecutor office will sentence him.”

Sangkhane took issue with some dodgy practices and now languishes in police detention in a country that is known abroad for its postcard-perfect scenery yet where even the mildest criticism of communist party officials can get people jailed for years.

“People really understand the fact that Sangkhane’s arrest is not appropriate, right or fair. In Laos, corruption and power abuse is [a] never-ending problem. Even though the police arrested Sangkhane, other persons will follow in his footsteps and will speak for him,” a Laotian official who works for a non-governmental organization told Radio Free Asia.

“The Lao justice system — including the courts, police and prosecutor — are not trustworthy in the eyes of Lao people. The judiciary system does not offer justice.”

Authorities are seeking to link Sangkhane to a group of overseas Lao dissidents, likely in an attempt to charge him with a serious crime, according to a human rights group. In other words, authorities are accusing the villager of being in cahoots with subversive foreign elements.

In communist Laos, if you don’t like some doings of some government officials, then you must be a stooge of foreign agents. Such thinking harkens back to the bad old days of the Cold War where communist regimes suppressed any dissent by branding dissenters as subversive elements funded by hostile foreign governments.

“The detention of [Sangkhane] shows that communist Laos never stops violating the human rights of its people, especially the right of expression and other universal basic rights enshrined in the Universal Human Rights Declaration that the Lao government has signed,” said Vanida Thepsouvanh, chairwoman of the Paris-based Lao Movement for Human Rights.

The government could well decide to set an example of Sangkhane by throwing the book at him. He would hardly be the first Laotian to fall victim to such a grave injustice.

Last November Houayheuang Xayabouly, a 31-year-old woman, was jailed for five years for a Facebook Live video from last September in which she criticized her government’s response to a devastating flood that killed scores of people and left thousands homeless in two southern Lao provinces.

The young woman worked as a tour guide and has a young daughter who is now growing up without her mother. She was charged with defaming the country according to Article 117 of Laos’ Criminal Code. She was given the maximum sentence of five years in prison as well as a fine of 20 million kip (US$2,250), which is a fortune for most locals in an impoverished nation where the average monthly salary is around 10 percent of that fine in Vientiane (and far less in the countryside).

“According to the Lao penal code, she is guilty of campaigning against, defaming and attempting to overthrow the party, state and government. That’s why she got that kind of punishment,” an official told a foreign news agency at the time.

Laos has no independent or free media and authorities heavily censor all information published within the country. Many Laotians have turned to social media to share some more reliable news with each other, yet such online activity is being closely monitored.

“With social media, Lao people have more channels to express themselves,” observed Sunai Phasuk, a Thai researcher at Human Rights Watch. “But the Lao government is intensively surveilling its people online.”

Houayheuang sought to challenge her government’s monopoly on information and sadly paid the price.

“I cannot be silent as we have been in the past,” she said at one point defiantly in her live broadcast on Facebook. “The era of the regime keeping the eyes and mouths of the people closed has come to an end.”

Sadly, that era is nowhere near in sight yet.