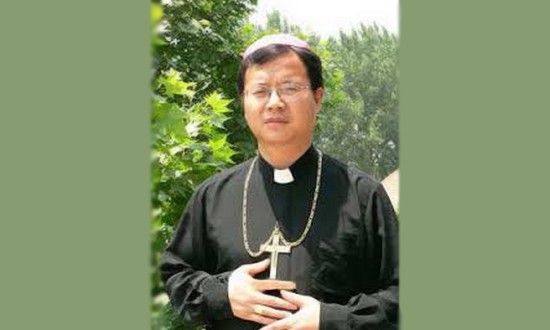 Bishop Joseph Wu Qinjing was born on Nov. 11, 1968. He was clandestinely ordained the sixth Bishop of Zhouzhi with Vatican approval in Oct. 2005. He made his bishop´s status known to all his priests on May 22, 2006, just three days before Bishop Anthony Li Du´an of Xi´an died of liver cancer. Bishop Li was the administrator of Zhouzhi after Bishop Alfonsus Yang Guangyan died on Sept. 4, 2004. As a priest in the open Church, Bishop Wu's episcopal status is not recognised by the Chinese government.

According to local Church sources, the freedom of Bishop Joseph Wu Qinjing of Zhouzhi has been restricted since government officials sent him to “a learning class for about three days” on March 18, 2007. As reported by sources, the bishop is being confined in Lintong district near Xi´an, provincial capital of Shaanxi.

Earlier, on Sept. 11, 2006 the bishop was taken away by plainclothes security officers who broke into the Immaculate Heart of Mary Cathedral in Zhouzhi county.

During this detention, Bishop Wu was forced to write a statement “admitting” that his episcopal status was illegal as he was ordained without an election, and that his management of the diocese and his presiding over Church activities as a bishop have violated the Chinese government´s religious affairs regulations. Bishop Wu, the source continued, also was forced to promise in the same statement that he would not wear a miter or bishop´s vestments during liturgies nor appear as a bishop at large-scale Church activities.

He is reportedly residing at Xi’an minor seminary and his movement is restricted within the provincial capital.