Sunny Francis Fernando reads a copy of the Gnanartha Pradeepaya Sinhala-language Catholic weekly he believes is pivotal in nurturing the Catholic community. Fernando has been delivering the newspaper for the past 45 years. (Photo by Quintus Colombage)

For Sunny Francis Fernando, walking miles to deliver the Sinhala-language Catholic weekly was as important as attending Sunday Mass.

This was because it was the only way elderly laity, school children and young readers, mostly Catholics but a few Buddhists too, could find out the views of the Catholic Church and about social issues, he said.

Forty-five years ago when he began this service, there were fewer parishes and not many communication tools, so the paper, priced then at less than 20 cents, was very important in keeping Catholics informed, he said.

Now aged 64, Fernando lives in a world with more parishes, the Internet, and mobile phones. He even uses a motorbike to distribute the Gnanartha Pradeepaya ("Lamp of Wisdom") weekly in and around Moratuwa town.

But the newspaper's popularity and significance hasn't waned, says Fernando, who still takes pride in delivering the newspaper, which is celebrating its 150th anniversary in Sri Lanka.

The paper was founded by John Fernando and started out as a four-page broadsheet of church news and papal speeches. It was produced by a team of eight laypeople and a priest. In 1886, more than two decades after it started, Colombo Archdiocese became the weekly's official owner.

Today, Gnanartha Pradeepaya is distributed nationally and has 24 pages, with its front and back pages in full color. The paper also has evolved from reporting just church news to covering political, economic and social issues but with a Catholic perspective.

Fernando, a university staffer, said the newspaper is useful in keeping people informed and has been fostering and nurturing the Catholic community, a religious minority in this Buddhist-majority island nation. 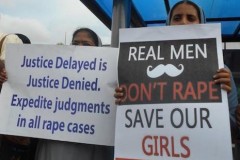 Subscribers also use the paper to find suitable life partners from their community or submit death notices of a loved one.

But this newspaper has done more than just informing or providing services about marriages and death. It has been pivotal in responding to attacks against the Catholic Church by Buddhist extremists, according to Shiran Maithri, the weekly's chief subeditor.

"Begun with editor John Fernando, a former Sinhala school principal and teacher, the paper set the trend to champion the cause of the Catholic minority in the country and create a space for their views in addition to highlighting the social issues of agriculture, water resources and business matters," he told ucanews.com.

In the 1960s, the newspaper published twice a week at a time when it was critical of the government takeover of church-run private schools, Maithri said.

Having been with the paper since the 1980s, he has seen times when the newspaper's editorials by former editor Hector Welgampola were banned.

During the 1983 July riots in Colombo that sparked the start of the three-decade civil war and the ensuing presence of the Indian Peacekeeping Force, the Sinhala Catholic weekly also was censored due to articles deemed too sensitive to publish at that time, he said.

Nonetheless, "the paper has been critical of recent day issues like the controversial Colombo Port City project and the Rathupaswala incident where the army was deployed to attack protesters demanding clean water," Maithri said.

The weekly, he says, has changed the mindset of Catholics, a view seconded by readers such as Nanda Watawalla, a schoolteacher who praised the paper for giving Catholics, especially in the less developed rural areas, a voice.

"Such readers do need news from other mainline churches and more interreligious news, especially news on reconciliation and news on war victims," Watawalla told ucanews.com.

While the newspaper has been changing people's mindsets, it has also embraced new media to be closer to its subscribers.

It has a free online edition for Sri Lankan Catholics living and working in West Asia, Southeast Asia and Europe and where local groups can download and print copies for distribution.

Yet it still has a circulation of about 30,000 distributed solely among Catholic parishes in Sri Lanka, with copies shared among five or six people, Maithri said.

Father Shantha Sagara Hettiarachchi, the weekly's current editor, thinks the newspaper has made a difference in helping readers become more mature Catholics, often at the cost of displeasing some people, even bishops who often frown at its content.

"Time has come to speak up openly," he said pointing to a recent front-page article highlighting the ease of obtaining a marriage annulment.

Watawalla agrees. "It also is better to have news on church failures and challenges with constructive criticism to develop a people's church in line with the new pope's vision," he said.

All in all, the newspaper connects with Sri Lankan Catholics despite efforts by various authorities to pull it down at one time or another, he said.