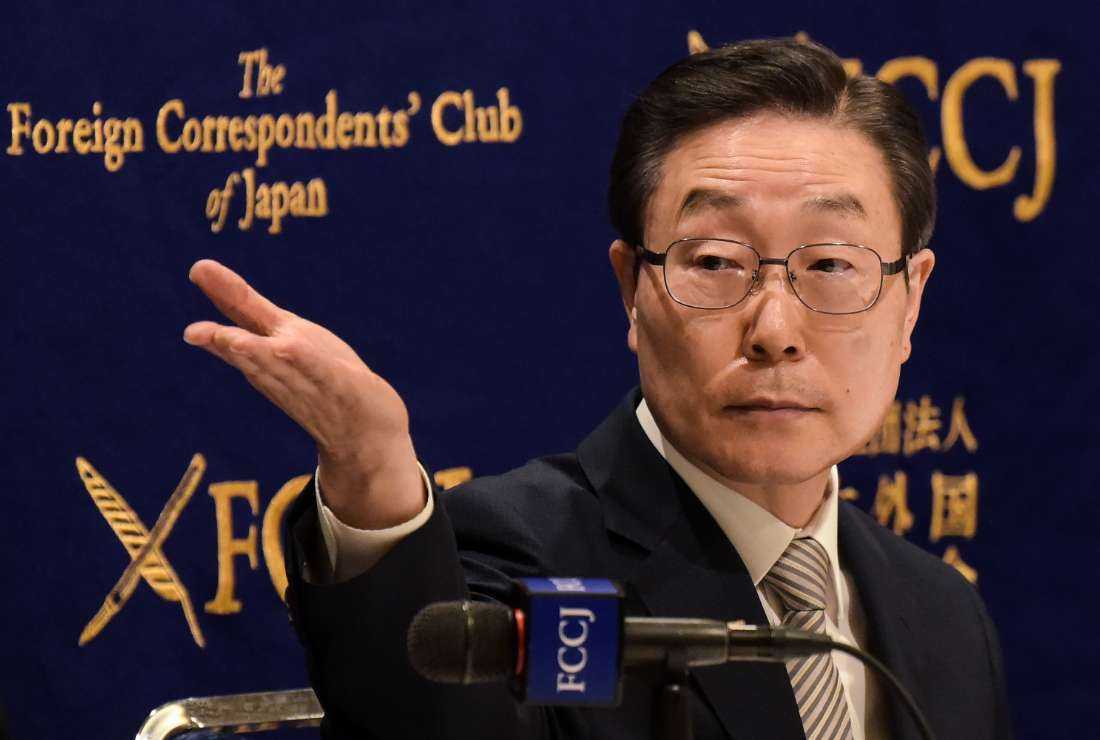 Tomihiro Tanaka, president of the Family Federation for World Peace and Unification (FFWPU), gestures during a press conference at the Foreign Correspondents’ Club of Japan in Tokyo on Aug. 10. (Photo: AFP)

Unification Church followers in Japan and their families have faced harassment and death threats since the assassination of former prime minister Shinzo Abe, the organization's Japanese branch said Wednesday.

The man accused of shooting Abe a month ago bore a grudge against a "certain group" he believed the politician was linked to, police said after his arrest.

Local media quickly identified the organisation as the South Korea-based Unification Church, saying the suspect's mother donated 100 million yen (then around $1 million) to the group before declaring bankruptcy.

"Unverified information that (the suspect's) motive was linked to donations made by his mother, our member, as well as excessive media coverage of our organisation have prompted members to come forward with numerous reports of harm," said Tomihiro Tanaka, head of the church in Japan.

Some followers faced pressure to resign from jobs, or have seen their children unable to attend school because of bullying, he told reporters in Tokyo.

"Our churches in Japan have been subject to death threats, receiving threatening phone calls saying 'we will kill you'," Tanaka said.

Officially called the Family Federation for World Peace and Unification, the church was founded by Sun Myung Moon in Korea in 1954 and its followers are colloquially known as "Moonies".

They include Abe's brother Nobuo Kishi, who was replaced as defence minister in a cabinet reshuffle on Wednesday.

He has pledged to "thoroughly review" his links with the Unification Church after acknowledging that church members had served as campaign volunteers.

Tanaka denied that his federation has ever singled out the LDP for its support, but acknowledged the two organisations have shared interests in terms of their opposition to communism.

"From that perspective, it can be said it is likely that there have been more points of encounter between us and LDP lawmakers," he said.

The assassination has also reignited years of controversy over the church, including accusations that some of its believers went broke after making ruinous donations to the group.

Tanaka said the church has "made concerted efforts to ensure that donations are not made which would be large in proportion to a person's assets".