National Catholic Choir Festival in 2018 attracted 7,000 choristers from many age groups and 34 provinces 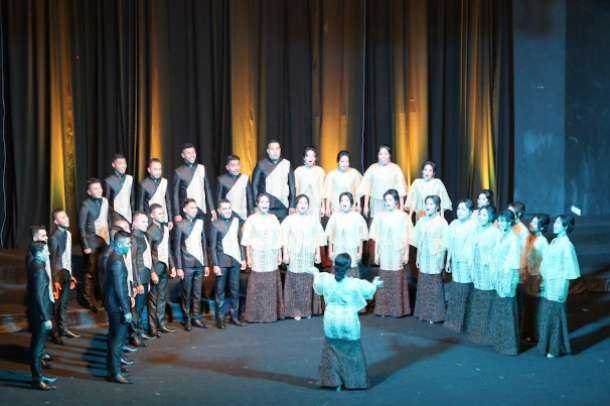 The Catholic National Pesparani Formation and Development Agency, known as LP3KN, will hold its first-ever Virtual Choir Festival during the Covid-19 pandemic to promote fraternity.

Under the theme “Satu Nusantara: Bersaudara Dalam Keberagaman” (One Nation: Fraternity in Diversity), the 14-day program will begin on Oct. 28 — Youth Pledge Day or Hari Sumpah Pemuda — with an opening ceremony aired on the group’s YouTube channel and on diocesan YouTube channels. Twenty-seven Catholic choirs representing Indonesia's provinces will take part in the afternoon program. At least three participants from each choir will perform one liturgical song and one traditional song each day during the program, which will be concluded on Nov. 10, National Heroes Day.“The program will begin on Youth Pledge Day. We remember that it was on that day when our nation, particularly young people, committed to promoting unity. So we hold the program to preserve the spirit of fraternity,” Father Paulus Christian Siswantoko, who is coordinating the program, told journalists on Oct. 26.In October 1928, the first three congresses were held by young people in the compound of Our Lady of the Assumption Cathedral Church in Jakarta. The congresses culminated in a pledge to forge a nation bound by a strong sense of unity with the patriotic slogan “One motherland, one nation and one language: Indonesia.”Father Siswantoko, who is also secretary of the Indonesian Bishops’ Conference Commission for the Laity, said many participants made videos of their performances for the program with help from people of different religious and cultural backgrounds. “So there is a sense of harmony,” he said.According to Father Siswantoko, the program is the first of its kind held by LP3KN or any organization with support from both the government and the Indonesian Bishops’ Conference.“We organized the first National Catholic Choir Festival in 2018 in Ambon, Maluku province, and had planned to hold the second one in October this year in Kupang, East Nusa Tenggara province. Due to the Covid-19 pandemic, however, we decided to hold a Virtual Choir Festival,” he said.At least 34 provinces participated in the first National Catholic Choir Festival, attracting nearly 7,000 choristers from many different age groups.Adrianus Meliala, chairman of LP3KN, said he still hoped that the second Pesparani will be organized in the future. “The Virtual Choir Festival gives solace to us as I do not even know when the second Pesparani can be held,” he said.Indonesia has been hit hard by the Covid-19 pandemic since early March when the government announced the first two confirmed cases. Up to Oct. 26, the country had recorded 393,465 confirmed cases and 13,411 deaths.