Fears that liberalized policy in Indian state will lead to alcohol addiction, poverty and marital strife 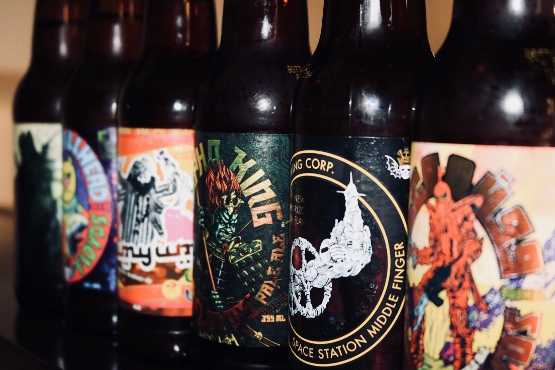 Alcohol is a huge revenue earner for Kerala's government but church leaders believe a new policy will damage society. (Photo by Sydney Rae/unsplash.com)

Church groups in India are up in arms over the liberalized liquor policy of Kerala's communist-led government, which they say looks for revenue without considering the adverse impact of alcoholism on society.

The Kerala Catholic Bishops' Council and other church bodies plan protests demanding the withdrawal of the policy, which comes into effect on April 2 after being approved on March 14.

The policy will allow unbridled sales of liquor that could create addiction among people, turning hundreds of poor workers and youths into alcoholics and pushing their families to poverty and breakups, church leaders fear.

The church in Kerala will "observe April 2 as a black day. Protest meetings will be held at all parishes and 31 diocese centers in the state because it is moral issue," said Bishop Remigiose Inchananiyil of Thamarassery, who heads the anti-liquor committee of the regional bishops' conference.

Kerala's left-wing coalition government that came to power in May 2016 abandoned the previous government's policy of seeking total prohibition of alcohol. The Congress-led government started in 2014 a policy of closing down 10 percent of alcohol outlets every year to phase out alcohol sales by 2023.

The communist-led government opened all the closed outlets including bars, while they have also found ways to open more bars in most villages, Bishop Inchananiyil said.

"The government is trying to spoil the future of the youth and families in Kerala. Our protests are not meant for any particular community. Both Muslim and Hindu communities have extended their support to our anti-liquor campaign," Bishop Inchananiyil said.

Anti-liquor committee secretary Father Jacob Vellamaruthunkal told ucanews.com that the church's campaign is a social cause. "It is for the welfare of the entire state. Consumption of alcohol is a social sin and it has to be weeded out," he said.

The government claims its alcohol policy aims to attract tourists but its intentions are to increase revenue from alcohol, critics say. Alcohol is taxed at more than 200 percent in Kerala.

Alcohol sales, both wholesale and retail, belong to a state monopoly done through Kerala State Beverages Corporation, which was the largest revenue earner for the state government in 2014.

"The profit fell because of several reasons including tax and pricing issues," said corporation financial manager V.G. Shaji. "But sales have not decreased in all these years."

Published documents show that sales have been increasing every year since the corporation was founded in 1984, growing 100 percent or more every five years. It sold liquor worth US$1.84 billion in 2016, compared to US$498 million in 2006.

State Excise Minister T.P. Ramakrishnan told media on March 18 that the government's policy is to encourage abstinence from alcohol but not impose prohibition. However, the government is ready to talk to any group, including the church, to allay their fears, he said.

"No one needs to have any concern. Our policy on liquor is to follow the policy of abstinence and not head towards prohibition ... that's what we have said in our election manifesto," he said.

Father Vellamaruthunkal said the church has no plan to hold talks with government on the issue. "However, our doors are always open to talks," he told ucanews.com.