A shakeup of China's religious administration offers nothing Catholics attend a church gathering in Wenzhou Diocese. Catholics hope to see religious freedom in China but the recent inspection findings on the State Administration for Religious Affairs shows the contrary. (ucanews.com photo)

A team under the Chinese Communist Party's Central Commission for Discipline Inspection recently presented its findings to the State Administration for Religious Affairs (SARA).

The team is from an office tasked with enforcing internal rules and regulations and combating corruption in the Communist Party. In a June 6 meeting, they also gave suggestions to SARA officials on how to resolve their failings and improve their work.

Many Catholics inside China were watching this news, particularly on the issue of corruption within SARA, a Communist Party body that oversees religious affairs. Chinese Catholics expected to see some of it's officials sacked after the inspection.

Whether some SARA officials are to be sacked or not is irrelevant, because the inspection is not positive news for religious freedom and religious development in China.

To have religious freedom and normal development of religions, the government must first relent its control on religions.

Even if some officials who are corrupt are taken out of SARA, Catholics still will have to endure control because the commission's instructions will only increase controls over religions by SARA officials.

These findings are not about corruption. They are about urging SARA officials to implement strict management and control on religions. The inspection team suggests full implementation of the party's religious policy.

What exactly is the policy? To eliminate religions is the ultimate goal of communism.

Reiterating the party's religious policy implies the rules of the party are above state laws. This implication is a direct denial of a society that builds upon the rule of law and a denial to religious freedom. 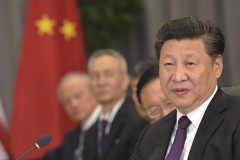 Regarding the lack of supervision and management on national religious organizations, the findings from the inspection also reveals the reality of the government's direct intervention and control on religions. It is just opposite to the so-called freedom of religious belief that the Chinese government consistently proclaimed.

In such findings and the overhauls that it demands, one could see no way out for religious freedom in China.

For the Catholic Church, as one of five recognized religions in mainland China, we are not going to see lesser control on the development of the church.

Although the authorities put forward slogans on ruling the country according to the law, we instead see disappearance of clerics, crosses removed from churches and crackdown on church activities. All these are facts that deny the party's slogans about freedom of religious beliefs.

If the Catholic Church continues to place its hope on the party's phony "rule of law," it will only face more persecution.

If the Chinese authorities really uphold the rule of law in its inspection and reorganization of SARA, the first thing it should do is to abolish it because it violates the constitution.

The state should likewise reduce the intervention of the Public Security Bureau and the United Front Work department (a party organ to oversee the SARA and religious groups) in religious life. It should also abolish the government-sanctioned patriotic associations of each religion, and safeguard the constitutional right on freedom of religious belief of all believers.

In fact, the degree of corruption of the government-sanctioned patriotic associations is no less than the official government departments, but they were not mentioned in the feedback meeting.

The church needs to be vigilant when it comes to governmental control. It needs to strive for the rights of religious freedom and free itself from the manipulation of the Chinese Catholic Patriotic Association. The church in China needs to fight for justice. If necessary, we have to be psychologically prepared to face persecution or even anticipate martyrdom.

Catholics have their duties and obligations to establish a society based on rule of law. This is the real way to manifest true patriotism.

Bao Lu is a Catholic commentator in China.