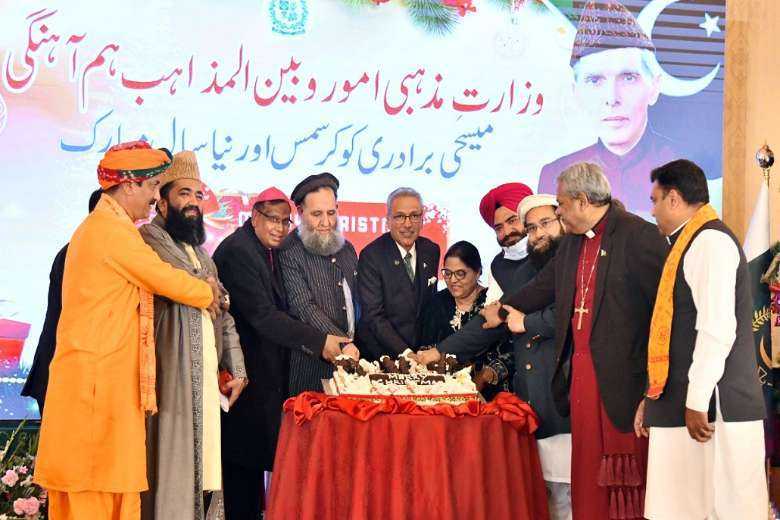 Two popular bakeries in the Pakistani city of Karachi have caused uproar on social media after refusing to decorate cakes with Christmas greetings.

The controversy began after Celestia Naseem Khan, a Karachi-based student, reported on social media that Delizia Bakery refused to write "Merry Christmas" on a cake she bought.

“So I recently went to Delizia to buy a cake and when I asked them to write "Merry Christmas" on it and they clearly declined me, the guy said he's not allowed to write it and they have given an order from the kitchen about this," Khan said.

Following her post, thousands sent Merry Christmas greetings to the bakery while some Christians projected the bakery’s refusal as an expression of increasing intolerance in the port city known for its interreligious community.

The bakery management, however, said in a social media post the refusal was an individual action and not part of management policy.

“This is clearly the act of an individual and we do not discriminate on the basis of religion or creed. At the moment we are taking action against him. It was done in an individual capacity and is not company policy,” it said.

I am very disappointed and shocked at the attitude of these people. Karachi never had this problem. Everyone here celebrated Christmas

“It may have been done due to lack of education and awareness that ‘Merry Christmas’ means wishing someone a happy Christmas, nothing else.”

Facebook group Karachi Food Diaries reported a similar refusal from Auntie Munaver's Dessert and Savory, another popular bakery in the city, which has the highest concentration of Christians in Pakistan.

“I am very disappointed and shocked at the attitude of these people. Karachi never had this problem. Everyone here celebrated Christmas,” said Father Mario Rodrigues, the priest of St. Jude’s Parish and a customer of Auntie Munaver's Dessert and Savory.

Christians form some 2 percent of some 15 million people in Karachi, where they have been living since Portuguese times in the 16th century.

In Karachi Christmas “was never an exclusive Christian feast. Now the anti-Christian sentiment is creeping here too,” Father Rodrigues said.

The Christian percentage in Karachi is higher than the national average of 1.27 percent in Pakistan's population of 220 million people, of whom 97 percent are Muslims.

“Many people are not happy with what is going on. Even Muslims have condemned it. It's good Delizia changed their statement afterward,” the priest told UCA News.

Most Christians in Karachi, just like Father Rodrigues, are descendants of Catholics who migrated from Goa, a former Portuguese colony in India. They became cut off from their homeland after 1947 when British India was separated as India and Pakistan.

Let’s all boycott this bakery and never purchase anything from there. God bless Pakistan

Across Pakistan, Christmas cake cutting is a regular feature with several interfaith gatherings scheduled in December.

On Dec. 21, President Arif Alvi joined Archbishop Joseph Arshad, head of the Pakistani Catholic Church, and clerics in cutting a cake while celebrating Christmas at the official residence of the president of Pakistan in Islamabad. Parliamentarians joined them in singing hymns.

Pauline, a group of former students of St. Paul High School in Karachi, in a statement urged a boycott of Delizia.

"Hey guys, did you see where our country is moving? These are the people who bring on a bad name to Pakistan and Islam. Let’s all boycott this bakery and never purchase anything from there. God bless Pakistan," it said.

Nusair Teli, a blogger, in a tweet said Delizia must be carrying out "jihad with cakes and single-handedly undermining the Quaid’s message at the same time. Free to go to your mosques and your temples but not to bakeries apparently."