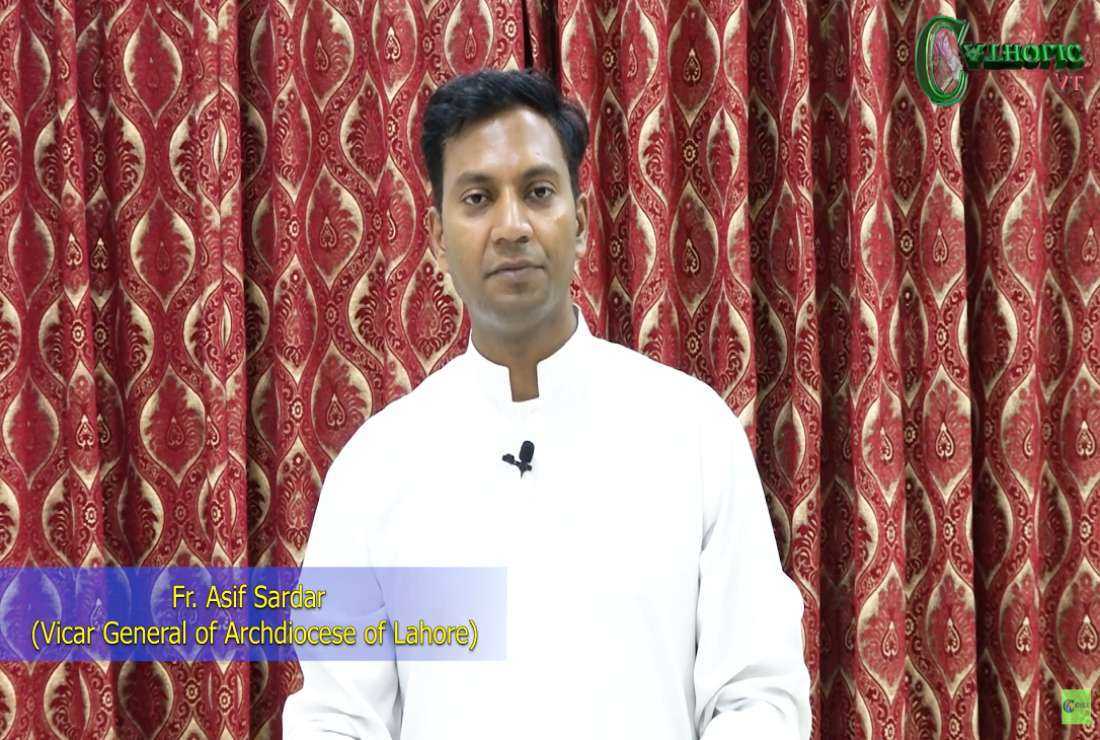 Father Asif Sardar, vicar general of Lahore archdiocese, issued a video in response to allegations against the archbishop of Lahore by a suspended priest.

A Church official in Pakistan has condemned a suspended priest accusing Archbishop Sebastian Shaw of Lahore of homosexuality and said the priest needs psychological care.

Archdiocesan Vicar General Father Asif Sardar said that “there is no truth” in the allegation Father Rashid Alfonse made on Aug. 4, a week after he was suspended from the priesthood.

“I strongly condemn the video [posted] by the suspended Father Rashid Alfonse against our archbishop on social media,” Father Sardar said in a video released on Aug. 8 on Catholic TV.

It said in the past Lent season, a Catholic family complained that Alfonse had been repeatedly visiting their house, instigating them and offering them money "to kill the rector of the seminary.”

As if to frame the rector in a criminal case, Alfonse also asked the family to place some weapons and alcohol in the rector’s room and call the police, the vicar general said.

“After suspending the priest, the bishop formed an investigation team,” which uncovered that Alfonse had made a plan more than a year ago to kill three other priests of the Lahore archdiocese.

“We wanted to give him psychological treatment so that he doesn’t harm others,” the vicar general said adding that Alfonse confessed, “to these things, sought an apology and returned to his home.”

The vicar general said Alfonse started the “character assassination” of Archbishop Shaw “to divert the attention of the public. Our bishop has trained 40 percent of the priests in Pakistan. There is no truth in the controversial video.”

Alfonse in a video posted on his social media page on Aug. 4 called Archbishop Shaw a "homosexual bishop."

He further accused the archbishop of making advances on him while providing graphic details of happenings during his pastoral work at the Sacred Heart Cathedral.

“I denied. My faith and spirituality were shattered. We want to get rid of this leadership,” said Alfonse, clad in his cassock, with a bible placed in front.

“The bishop threatened me. I lived under pressure but didn’t refuse my vocation. I am ashamed to admit that a homo bishop ordained me. I was repeatedly asked for sodomy and threatened with transfer and losing a chance to become a parish priest.

“My life would be endangered after uncovering this truth,” he said requesting the government, Chief Justice of Pakistan, Chief of Army Staff, the apostolic nuncio, and the Pakistan bishops’ conference to ensure the safety of his life.

“My purpose is to get rid of the heinous and dictatorial attitude by the religious leaders of Lahore archdiocese,” he said.

The video quickly went viral and has 6,000 views but Catholic leaders discouraged sharing it on social media.

“Please don't share these things on social media to malign the community image. You are doing the worst thing. I am not asking to brush beneath the rug but rather take it up in the Church,” Asiya Nasir, a Christian and former member of the National Assembly, said in a social media post.

Nasir said Pakistanis Christians are “already facing so many challenges here. These matters (sex allegations) need to be resolved inside the Church, not publicly.”

Shahid Rehmat, executive director of the Youth Development Foundation, urged the Lahore archdiocese to review the formation of young priests.

“If a priest plans to kill his seniors and go against his bishop a few years after completing his seminary education, then the Church must revise formation standards and revisit her policies,” the former coordinator of the Catholic Youth Ministry Lahore, told UCA News.

“There was no need to respond if the allegations were fake. By issuing an official video, Lahore archdiocese has technically increased its outreach and dissemination,” he said.

Church officials and senior priests refused to discuss the issue or provide any further details of the allegations.

Alfonse too was not available for comments and his social media page is locked.