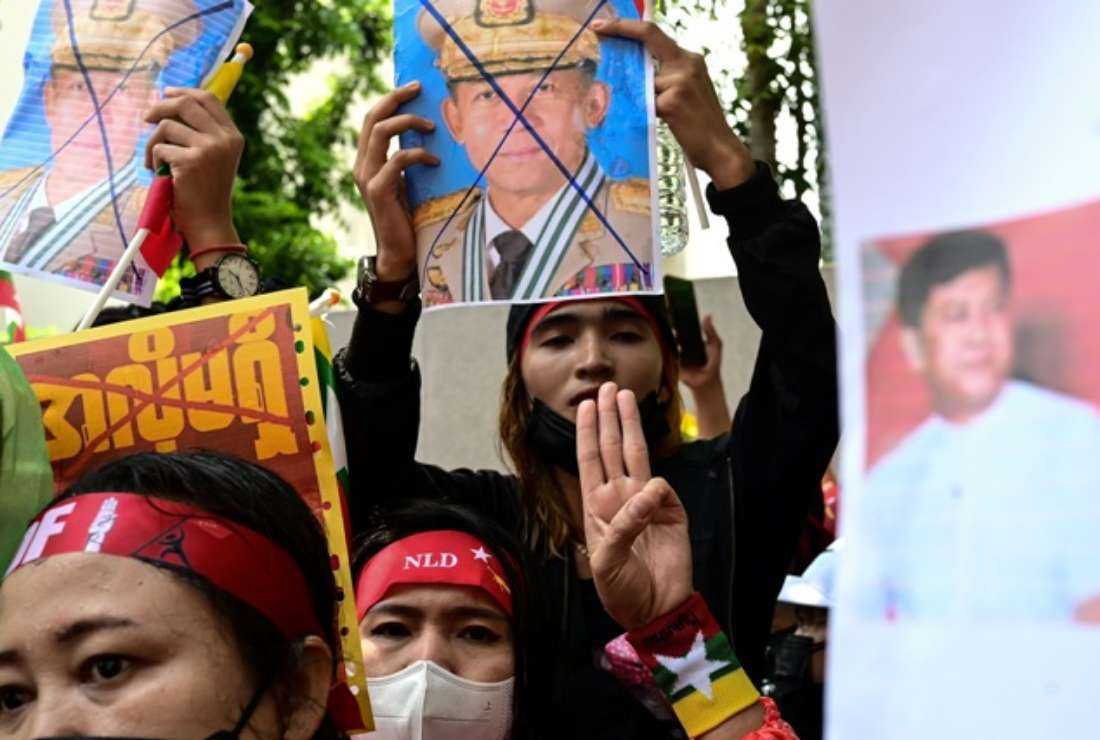 When General Min Aung Hlaing staged Myanmar’s fourth coup since independence in 1948 the reaction was a predictable mix of outrage and frustration. Tough words and some sanctions would follow but little else as the military exacted revenge on those it didn’t like.

Russia, a chief ally and arms supplier, would veto any intervention from the United Nations. China, due to its shared border, would also resist.

The West would cajole and shame the Association of South East Asian Nations (ASEAN) that it was their job to sort out a sick and troubled member of the family.

But ASEAN, with its policies of non-interference and its own mix of authoritarian and military-backed regimes, would dilly-dally and kick the can down the political road as far as possible.

Inside Myanmar, warring ethnic factions would prove incapable of fighting as a cohesive unit against a military preoccupied with its own power and financial interests. General Hlaing couldn’t care less. Situation normal.

Cambodian Prime Minister Hun Sen, as this year’s ASEAN chair, was widely criticized for his attempt to normalize ties with the junta after Myanmar was banned from ASEAN summits by Brunei during its tenure. Hun Sen came up short but he did lay the groundwork.

The junta failed to advance on a peace plan, reneged on a promise to free Australian economist Sean Turnell and ignored Hun Sen’s pleas before executing four democracy advocates on the eve of the annual ASEAN foreign ministers’ summit.

Those executions were tragic, unnecessary and as upsetting as they were diplomatically stupid, serving only to unite nine members of ASEAN against the 10th – behind a troika spearheaded by Malaysia, with Bruneian and Indonesian backing, demanding a harsher response.

In the final press conference of last week’s summit, Cambodian Foreign Minister Prak Sokhonn isolated the junta when referred to the bloc as the ASEAN-9, saying, “even Superman cannot solve Myanmar’s problems.” Cambodia’s job was done.

There was an important footnote to the ASEAN Foreign Ministers conference. For the first time since the Feb. 1, 2021 coup that ousted Aung San Suu Kyi and her elected government there was a growing awareness that resistance is strengthening and the military is failing.

Bart Edes, a professor of practice at McGill University in Montreal, said ASEAN countries were sensing the weakness behind Gen. Hlaing’s regime and that the junta is facing a growing and well-armed opposition from all corners of the country.

“There’s no way the military can stay in power for several years and control the vast majority of the country,” Edes said. “ASEAN – at some point – is going to come to a realization they need to talk to the opposition and not to the junta, which day-by-day is losing control of the country.”

Inside Myanmar, sources are adamant that the various ethnic armies are uniting and are more focused on the military. Defections from the army and police to the ranks of the resistance are common. The Myanmar diaspora is crowdfunding.

At least 350 militias have formed the People’s Defense Forces (PDF) and have shifted the fighting from the bush to towns and the outskirts of provincial cities.

Gavin Greenwood, an analyst with Hong Kong-based A2 Global Risk, said the PDF is well-entrenched and has emerged as an “intensifying resistance movement.” Despite this Myanmar’s generals were “confident enough to disregard fellow authoritarian and Buddhist Hun Sen.”

“They may face sterner condemnation from Indonesia when it assumes the ASEAN chair within the next few months, not least because of its conduct towards the Rohingya Muslim minority,” he said.

The troika emerged out of shared religious sympathies, not last year’s coup.

As predominantly Islamic countries, Indonesia, Malaysia and Brunei were incensed by the rape, torture, ethnic cleansing and alleged genocide of the Muslim Rohingya at the hands of Myanmar’s military in 2017, which was also implemented when Suu Kyi led the country.

The Nobel laureate attempted to justify the military’s alleged abuse but the International Court of Justice (ICJ) – the United Nations’ highest court – is proceeding with its case, complicating the web of forces arraigning against General Hlaing.

As ASEAN foreign ministers jetted out of Phnom Penh last weekend, they took with them a list of options to be considered by their respective cabinets on what to do with Myanmar. Decisions will be announced when the leaders’ summit is held here in November.

Then it will be Indonesia’s turn, the only country within the bloc that enjoys G20 clout.

Topping a lengthy wish list is ASEAN recognition of the National Unity Government (NUG), established by supporters of the previous administration. The United States, Britain, Australia and South Korea are just a handful of countries talking with, or recognizing, the NUG.

A spokesman for the resistance forces in Myanmar said another priority is overcoming differences between the ethnic groups and coordinating with the NUG, adding: “If they can do it behind closed doors then all the better.”

Freezing all ties with the junta, global sanctions on military-owned companies, an absolute arms embargo that includes aviation fuel, designated safe zones for internally displaced people, and the provision of humanitarian aid should also be initiated.

Finally, it would be appropriate for ASEAN to initiate criminal proceedings against the junta’s hierarchy in the ICJ where a precedent has already been set. After all, it was Gambia that launched the initial genocide case and therein is where General Hlaing and his generals belong.