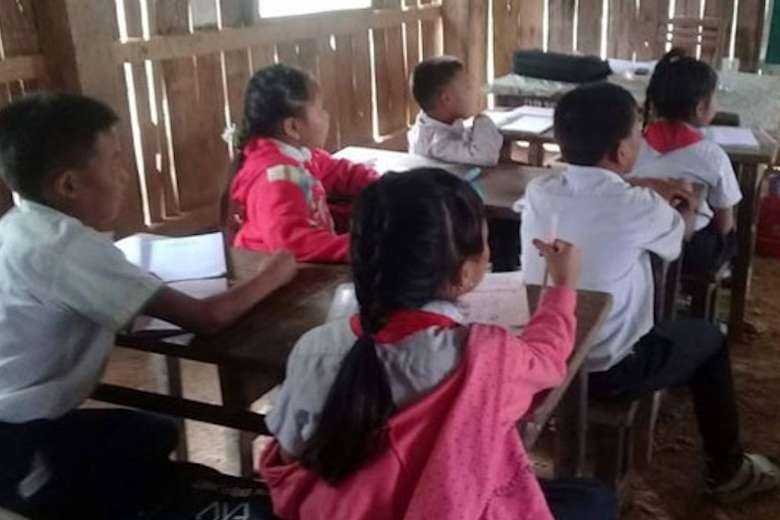 Poverty is driving numerous children in the communist nation of Laos to drop out of school and start working full time to help their families, according to experts and media reports.

Although the country’s Labor Law makes it illegal to employ children under 14 as workers and prohibits the employment of minors under 18 in occupations that can be hazardous to their health, many children are employed in agriculture and other lines of work, according to Save the Children, a London-based charity.

In its 2021 Global Childhood Report, it ranks Laos 143rd out of 186 countries surveyed according to eight indicators, including child labor.

Many children in the communist holdout of 7 million, which is one of Asia’s poorest nations, start working on farms to help their parents, the report says. Some youngsters start working even before they reach primary school age.

Slightly more than 28 percent of children aged 5-17 are believed to be engaged in various forms of labor, while nearly one out of four children are out of primary or secondary school as a result.

Most children who need to work live in rural areas where 80 percent of the country’s population ekes out a living by farming rice and other crops.

Parents do not understand that education is important for their children

Nine out of 10 of the minors work in agriculture, forestry or fishing, while 70 percent of them need to work more than 49 hours a week, according to a survey by Lao authorities.

“Child labor mostly comes from students whose families are poor and don’t have money to send their children to school, so they make them quit and then find a job or work at the farm with their parents, while some [minors] are forced to marry,” a local teacher was quoted as saying by Radio Free Asia’s Lao service.

“Parents do not understand that education is important for their children,” noted another primary school teacher in Borikhamxay province, bordering the capital Vientiane.

Some of the worst-affected children belong to ethnic minorities, whose members are especially marginalized and underprivileged.

In these communities, many youngsters are required to help their parents grow and harvest crops while they also need to look after their younger siblings, which prevents them from going to school, experts say.

As a result, many of these children end up with no or barely any education, which condemns them to a lifetime of menial work and unrelenting poverty, according to the United Nations.

Officially, the landlocked, mountainous country is home to 49 ethnic minorities, who account for a third of the population.

Many of the most underprivileged ethnic minority peoples are Christians, who face extra hardships because of their faith, which is widely seen as an alien creed in the Buddhist-majority country.

“Students in primary school levels four and five on up quit school mostly to work on farms with their parents, take care of younger brothers or sisters at home, and collect wood in the forest to burn for fires even though the schools do not allow this,” said an official from the Education Department in the southeastern province of Sekong, one of the poorest areas of Laos.