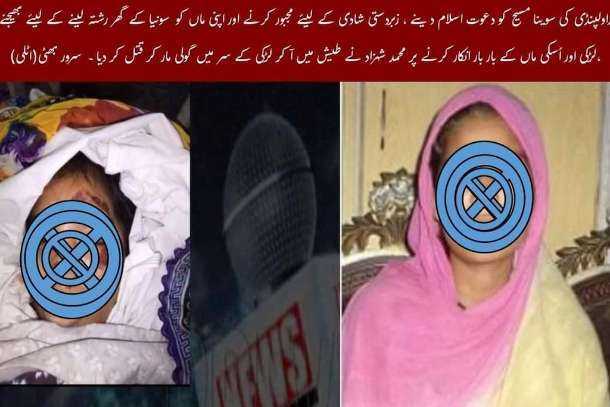 A TV news report of the murder of Sonia Bibi. (Photo supplied)

Christian activists are condemning the killing of a Christian maid after a Muslim suitor shot her for refusing to renounce her faith and marry him.

Sonia Bibi, 24, was shot in the head at 9.36am on Nov. 30 at Fazaia stop of Rawalpindi in Punjab province. The housemaid died on the way to the Pakistan Institute of Medical Sciences Hospital in Islamabad. She was the eldest of six siblings. Her funeral was held the same day.

Her father Allah Rakha Masih, a sanitary worker, accused Shehzad and his friend Faizan of killing Sonia. Faizan has been arrested but Shehzad is still at large.

“Shehzad had been following my daughter for the past five months. He also sent his mother to our house for the marriage proposal. But they were Muslims and we are Christians. That’s the reason I refused,” Masih stated in a first information report.

“Shehzad had threatened to kill my daughter. Faizan used to accompany him in following her. She was murdered for refusing the proposal.”

Teressa, the victim’s mother, demanded justice. “I stopped working as a housemaid two years ago after my right arm weakened due to electrocution. My daughter worked hard like a son,” she said.

The murder was denounced on social media.

“Sonia could save her life if she had agreed to run away with the boy, change her religion and forcefully marry her. #StopViolenceAgainstWomen,” said Samson Salamat, chairman of the interreligious Rawadari Tehreek (Movement for Tolerance), in a Facebook post.

“The brave daughter saved the dignity of her parents and accepted their decision,” posted Pastor Riaz Arif Malik, former vicar of Lahore Diocese.

“What kind of evangelism or service is forced conversion for marriage or murder? The silence of politicians raises many questions,” he said.

In 2018, a 25-year-old Christian resident housemaid, Asma Yaqoob, died in Sialkot, 106 kilometers from Lahore, after a Muslim suitor set her ablaze for refusing to renounce her faith and marry him. Her father Yaqoob Masih accused a banner maker of dousing her with acid or petrol and setting her alight. 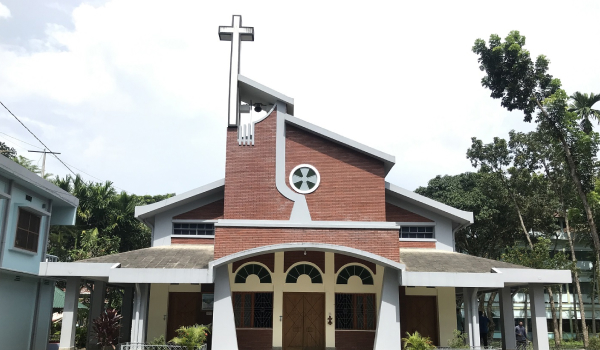