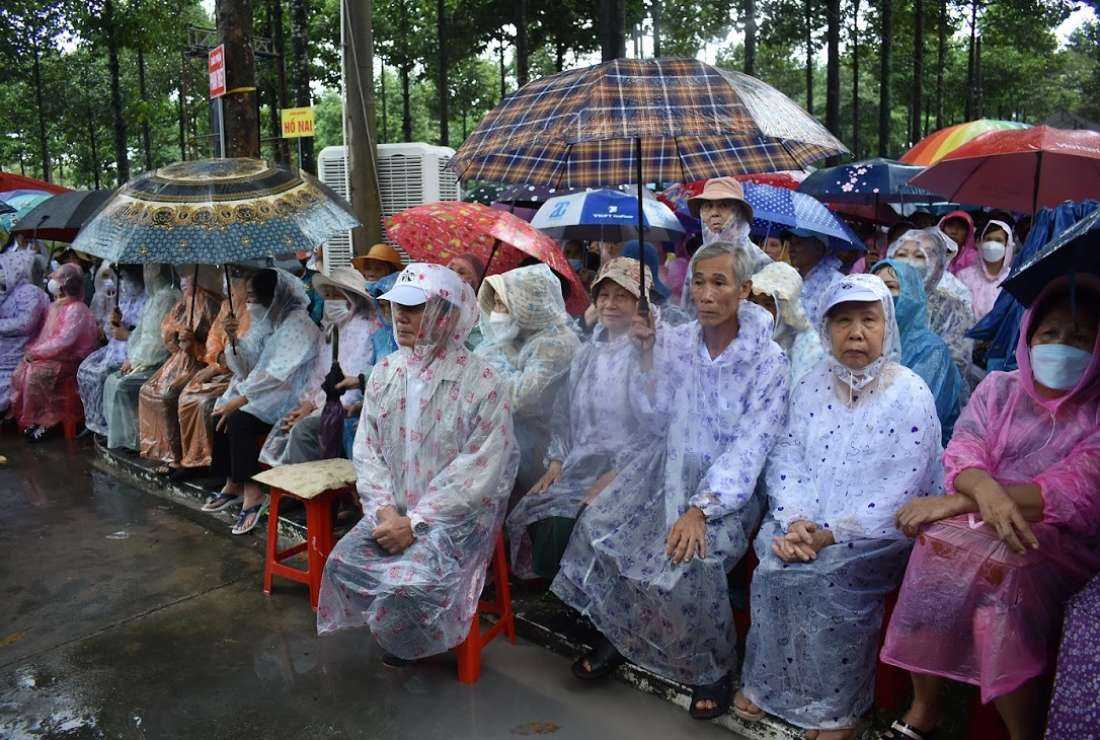 Tens of thousands of people throughout Vietnam have been urged to follow St. Dominic’s example of giving light to people in need.

On Aug. 7, more than 18,000 lay Dominicans from southern dioceses attended special celebrations to mark the feast of St. Dominic, founder of the Order of Preachers, at St. Martin de Porres Shrine in Bien Hoa, Dong Nai province. They had to wear raincoats and huddled under umbrellas as the rain poured.

The gathering under the theme "St. Dominic — the Man of Meeting" was held ahead of the official feast that fell on the following day.

“Today we want to honor our saint and follow his example so that we, his children, can continue his mission for this world,” Father Hung said.

Father Hung said the Spanish saint's light is also of compassion that brought brightness to people in misery. The saint grieved for sinners and had pity on those who suffered hunger and illness.

The Dominican priest said many lay Dominicans, who brought the light of compassion to numerous Covid-19 victims during the past two years, should serve those in desperate situations through their own lives, sacrifices and concrete charitable activities in a world where most people prefer to be cosseted and served, and pursue a disposable culture.

He asked them to “live the culture of caring for our brothers and sisters, and serving them with our hearts. This light is really needed in the world today.”

During the gathering, lay women and men in costumes performed traditional dances and songs to honor St. Dominic.

In his homily, Bishop Dao called on local people to follow the example of St. Dominic, who is the patron of the diocese, to bring loving care to all people around them as a way to find happiness in their lives.

Thousands of other people in the northern dioceses of Bac Ninh and Lang Son Cao Bang gathered to celebrate the feast of St. Dominic.

He asked local people to show deep gratitude to Dominican missionaries from France who started to work with local people in the 19th century. Four Dominican monsignors and bishops led the dioceses from 1913-1960, when French Bishop Andre Reginal Jaques was expelled after the north was taken over by communist forces.