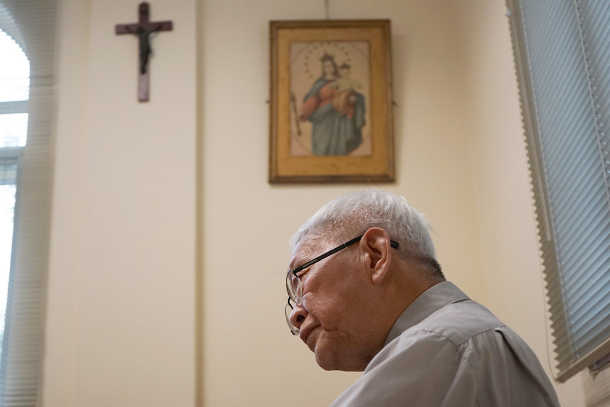 Cardinal Joseph Zen Ze-kiun says underground church clergy have cried to him recently after being pressurized by Chinese authorities to join the open church. (ucanews.com photo)

Cardinal Joseph Zen Ze-kiun flew to Rome and handed a seven-page letter to Pope Francis appealing for him to pay attention to the crisis facing the underground church in China.

The Hong Kong emeritus bishop on Nov. 8 told ucanews.com that underground clerics have cried to him since the Vatican-China deal on the appointment of bishops.

"They said officials have forced them to become open, to join the Chinese Catholic Patriotic Association and to obtain a priest's certificate with the reason that the pope has signed the Sino-Vatican provisional agreement," said Cardinal Zen.

He said some parts of the agreement had not been made public, meaning that brothers and sisters of the underground church did not know what they should do.

"Some priests have escaped, and some have disappeared because they do not know what to do and are annoyed. The agreement is undisclosed, and they do not know if what officials say is true or not," he said.

He flew to Rome from Oct. 29 to Nov. 1 to hand his letter to the pope. "I want to talk to the pope again and hope he will consider again, but this may be the last time," he said.

In his letter he described how the underground church had seen money confiscated, with clergy having relatives disturbed by the authorities, going to jail or even losing their lives for the faith.

"But the Holy See does not support them and regards them as trouble, referring to them causing trouble and not supporting unity. This is what makes them most painful," said Cardinal Zen.

The letter also stated that the Chinese Church did not have the freedom to elect bishops.

On Sept. 26, four days after the provisional agreement was signed, the pope wrote a message to Chinese Catholics and the universal church explaining the reasons for signing the agreement: to promote the proclamation of the Gospel, and to establish unity in the Catholic community in China.

In addition, after his pastoral visit to Lithuania, Latvia and Estonia from Sept. 2-25, the pope told the media on his flight home that people should "pay tribute to those who suffered for faith," especially in those three countries brutally trampled by the Nazis and the Communist Party.

Cardinal Zen told ucanews.com that the pope's words made him feel that "he does not seem to know that their history is also the history of the Chinese Church and the current situation." He suspects the pope was deceived by people around him who did not tell him the real situation faced by the Chinese church.

"He is very experienced. He also sees China's ugly face and knows they are not reasonable. In fact, he does not trust the Chinese side. He only uses them to achieve the purpose of establishing diplomatic relations," he said.

Cardinal Zen reiterated that the letters written to the Chinese Church during the reign of Pope Benedict XVI were taken out of context, especially about the existence of the underground church.

He said: "Pope Benedict XVI was not talking about the abnormality of the underground church itself, but the situation in China is not normal. The government's intervention means that the church cannot be pure and leads to abnormality, so the bishops, priests and faithful are going to the underground."

As the Chinese government still interferes with the church, and church members want to keep their faith pure, it is impossible to ask for the official and underground churches to unite, Cardinal Zen said.

"Our bottom line is the pope. We cannot attack him. If the pope is wrong this time, I hope he will admit the mistake; if he does not admit, I hope that the future pope will point out the mistake. But in the end, it is still the pope's final decision. If you don't follow, then there is no principle, so the mainland's brothers must not rebel," he said.

Cardinal Zen made an earlier trip to Rome during January where he also handed the pope a letter, this time about concerns over the Holy See asking two recognized bishops in China to step aside and make way for illicit bishops. 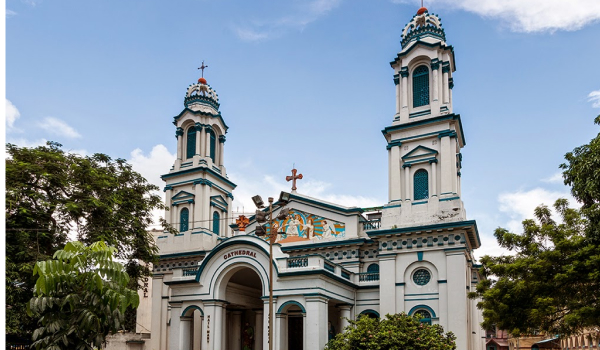