They are walking 248 kilometers along military buffer zone 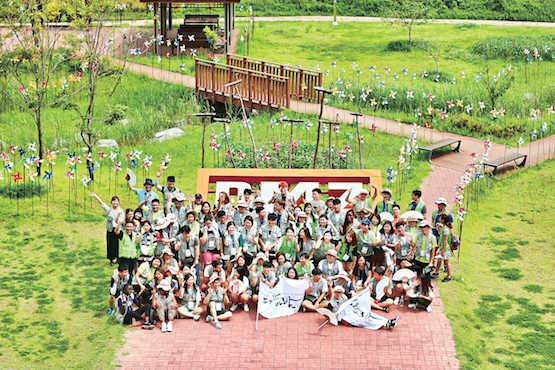 "DMZ Peace Pilgrimage of Youth" Participants at the DMZ Museum in Goseong, Gangwon Province, on Aug. 14. (Photo by The Catholic Times of Korea)

Around a hundred young Catholics are currently walking through Korea's demilitarized zone (DMZ) while also praying for reconciliation and peace between the North and the South.

Catholic youths from Korea and around the world began the "DMZ Peace Pilgrimage of Youth" Aug. 13 and will finish Aug. 19 at Imjingak Park in the city of Paju, after walking 248km along the military buffer zone.

"I saw a poster at the 103 Saints Church in New Jersey, U.S. and I decided to join the event," said Michelle Kim one of the young pilgrims.

"I was born and raised in the States and I learnt about the divided Koreas from my parents," she said.

"I had visited the DMZ seven years ago, but this time I'm happy to join with many Korean and international friends."

Stephen Shin Han-seop, a student of international relations and diplomacy, said he met many North Korean students while studying in China, which earnestly got him thinking about reunification.

"I hope this pilgrimage event will arouse the importance of reunification among the youth," said Shin.

Another Korean Catholic, Taegon Andrew Park Ji-ung said it was a pity that the pilgrims we unable to walk on North Korean territory, especially when it was only meters away.

"I hope one day we can go to North Korea freely," Park said.

While walking through the DMZ, the young pilgrims are experiencing areas that have been largely free of human influence for decades making them abundant in plant and animal life.

Cardinal Yeomg Soo-jung of Seoul had earlier blessed the youth at the pilgrimage's launch ceremony at Coste Hall at Seoul's Myeongdong Cathedral.

"Please feel the preciousness of peace while walking at the scene of the national division and bring forth peace [for] all Koreans," said Cardinal Yeomg.

Following the ceremony the youth travelled to Goseong on the border where they began their pilgrimage.

The pilgrimage was organized by the Seoul reconciliation committee. Participants at the "DMZ Peace Pilgrimage of Youth" walk near the DMZ in Yanggu, Gangwon Province, Aug. 15. (Photo by The Catholic Times of Korea) 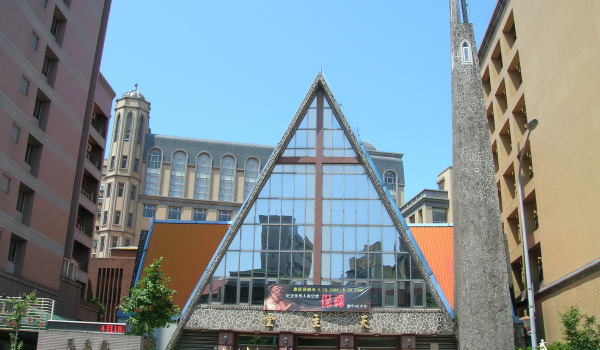