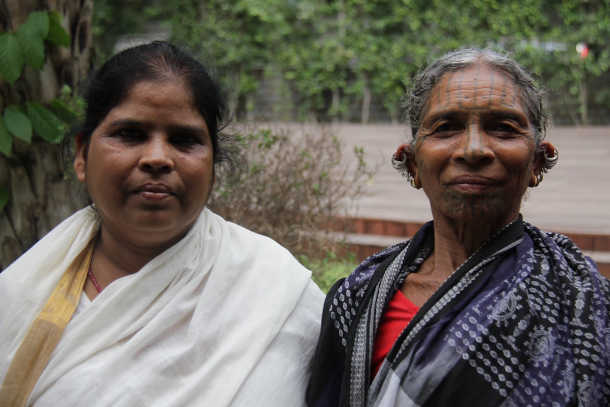 Thousands of Christians remain displaced from villages they had to flee during anti-Christian violence that engulfed the eastern Indian district of Kandhamal 10 years ago.

The impact of the events that killed some 100 people and displaced over 50,000 continues to haunt villagers, said Father Ajay Singh, a Catholic priest and rights activist.

"It was a planned operation," said Father Singh about what occurred. "Some 5,000 people are away from their villages and are forced to live a miserable life. They can enter their villages only if they become Hindus."

Father Singh was speaking at a photo exhibition and seminar organized in New Delhi, in which social activists, church leaders and political leaders recalled the horror of the seven-week riots that also destroyed more than 300 churches.

Seminars, debates, silent processions, prayers and meetings were held across India to mark the Aug. 25 anniversary of the 2008 carnage in the tribal-dominated Kandhamal district of Odisha state.

"We feel the pain but no anger as Christ teaches us to forgive," Bishop Mascarenhas said at a Mass organized in state capital Bhubaneswar.

Archbishop John Barwa of Cuttack-Bhubaneswar, who led the Mass, said the Kandhamal martyrs are a model for Christians across India subjected to political violence.

The archbishop said what the Kandhamal Christians endured for their faith 10 years ago has reaffirmed the faith of others. Scores of Christians could have escaped death had they simply abandoned their belief in Christ, he recalled.

For many of those who suffered at the hands of mobs, the pain remains raw and government compensation has proved to be flawed and minimal.

John Naik from Raikia, one of the worst riot-affected districts, told ucanews.com that his family lost everything in the riots. "Our property and house. A family member, she was raped by the mob. Even if the government gives compensation, our wounds will not heal," Naik said.

Pushpanjali Panda said she lost her husband in the violence. "I only know the pain and anguish I am going through. The government can give some compensation money, but will it bring my husband back?" she asked.

"The last 10 years have been very harsh but we still believe in the judiciary and hope that one day we will get justice," she said.

Spanish Vincentian missioners began evangelizing in the tribal Kandhamal area over 90 years ago. As the number of Christians grew in the area, so did hard-line Hindu activities, mostly in the past five decades.

Hindu leader Swami Laxmanananda Saraswati arrived and made Kandhamal his base in 1970 and soon began speaking openly against Christians and missionary activities.

The riots in 2008 started two days after 81-year-old Saraswati and several of his followers were murdered and Christians were blamed.

Anto Akkara, a journalist who authored two books on the riots, said the resulting anti-Christian violence was engineered by hard-line Hindu groups. Akkara said these groups organized a contract killing of the Swami to spark the riots to help the pro-Hindu Bharatiya Janata Party (BJP) gain political mileage.

Akkara said seven innocent Christians were convicted over the murder of Saraswati. They are "languishing in jail while the real conspirators are holding high office in the country," he said. "It is the biggest travesty of justice."

Father Singh agreed. After 10 years "it is real pain for victims to see the real culprits are roaming free and seven innocent tribals are languishing in jail for no fault of theirs," he said.