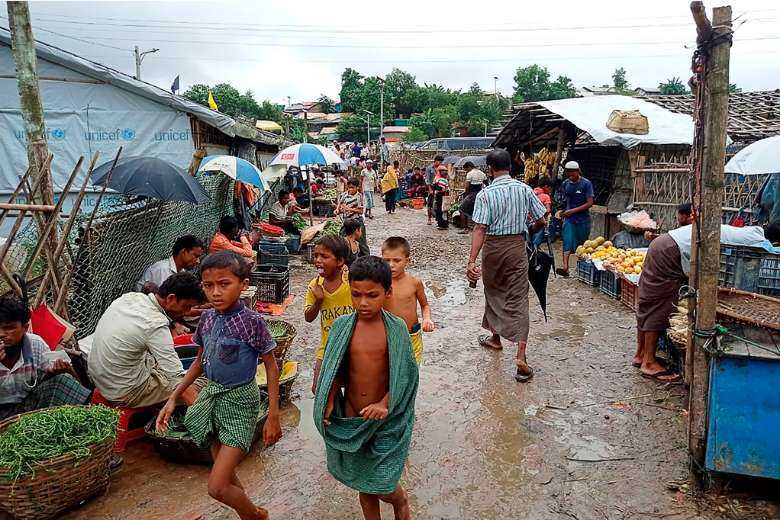 The World Bank has drawn flak from both policy wonks and ordinary people for suggesting the integration of Rohingya refugees into Bangladeshi society.

The Washington-based global lender has fostered Bangladesh’s development since the early seventies and since 2018 has committed US$590 million to help deal with the Rohingya influx.

It now wants the South Asian nation to prepare a Refugee Policy Review Framework (RPRF) allowing Rohingya freedom of movement and other privileges, including education and jobs, like those enjoyed by Bangladeshis.

Local experts believe the World Bank proposal may jeopardize the sovereignty of Bangladesh, causing a new “Palestine crisis” and endangering the geopolitical stability of South Asia. It could also cause Myanmar to slacken the repatriation process.

Even the Arakan Rohingya Society for Peace and Human Rights, in response to the World Bank proposal, has stated that the Rohingya have no desire to be Bangladeshi citizens and would rather return to Myanmar.

Instead of suggesting such an impractical proposal, the World Bank could put pressure on Myanmar to comply with the Universal Declaration of Human Rights adopted by the UN in 1948.

The World Bank proposal will only add fuel to the fire by acting as a pull factor for the 600,000 Rohingya refugees in Myanmar

It could offer financial incentives to Myanmar for expediting the repatriation of Rohingya in internationally monitored safe zones.

Bangladesh is trying its best to ensure decent arrangements for the Rohingya with its limited financial means and despite not being a signatory to the 1951 UN Convention on Refugees. It has not forced the Rohingya to go back to Myanmar.

The World Bank proposal will only add fuel to the fire by acting as a pull factor for the 600,000 Rohingya refugees in Myanmar.

Four years ago, in August 2017, the massive influx of Rohingya to Bangladesh began as a result of the military's brutal clearance operation in their home country. More than 725,000 Rohingya fled to Bangladesh, according to a 444-page report by an independent fact-finding commission of the UN.

The degree of atrocities in this campaign of terror was so intense that the UN high commissioner for human rights referred to it as “a textbook example of ethnic cleansing” whilst other investigators dubbed it as “genocide.”

In the first three weeks of August 2017, Bangladesh received more refugees than the whole of Europe did in 2016 during the Syrian crisis.

Since then, Bangladesh has been generously hosting more than 1.2 million Rohingya as short-term guests, ensuring them a safe haven on humanitarian grounds.

The Cox’s Bazar-based Kutupalong megacamp stretching 13 kilometers is the largest refugee settlement camp in the world.

The Rohingya have lived in Arakan for thousands of years and have been actively involved in Burma’s politics since its independence. The recognition of Rohingya as Myanmar citizens by the International Court of Justice (ICJ) has resolved their identity issue.

At an ICJ hearing, the deposed Aung San Suu Kyi had defined the Rohingya as Arakan’s Muslims. Myanmar government had signed two repatriation agreements with Bangladesh, in 2018 and 2019 respectively, agreeing to take back their citizens.

The World Bank has proposed to review the RPRF for 14 member states currently hosting refugees, including Bangladesh, for gauging the effectiveness of the grants for refugees and host communities under its “soft-loan window.”

This global framework, being reviewed triennially and undertaken in cooperation with UNHCR, suggests providing refugees the rights to procure land and property, choose their place of residence, enjoy freedom of movement and have equal access to the nation's public services and labor market, just like the citizens of the host country.

The World Bank has offered $2 billion to Bangladesh if it integrates Rohingya refugees with economic and social rights. The framework is germane for Bangladesh, which defines the beleaguered Rohingya people as forcibly displaced Myanmar citizens, not refugees.

The possibility of integration of the Rohingya people into Bangladeshi communities looks impossible in a nation of 166.65 million people

Bangladesh is already facing problems as shown by a UNDP study titled "Impacts of the Rohingya Refugee Influx on Host Communities." The major adverse effects include increases in prices, poverty and housing costs, deforestation, environmental damage and reductions in wage rates.

Moreover, the rising intra-group and inter-group conflicts inside Rohingya camps have shrunk the space of coexistence between the host communities and refugees.

August 2021 marked the fourth anniversary of the Rohingya exodus to Bangladesh but a sustainable solution has yet to be found. The UN refugee convention suggests three ways out of the crisis — integration, settlement to a third country or repatriation.

The possibility of integration of the Rohingya people into Bangladeshi communities looks impossible in a nation of 166.65 million people, the eighth-largest population in the world living in a high density of 1,125 persons per square kilometer. The country ranks 92nd in land size and is only slightly smaller than Iowa state in the US.

No country in the world could bear the burden of so many refugees if it was as overpopulated as Bangladesh, which is struggling to generate enough jobs for its own people. Its unemployment rate stands at 5.3 percent.

Besides, none of the 19 other countries housing the Rohingya have shown any interest in accepting them, so the option to settle them in a third country seems impossible in the foreseeable future.

The only way out of the Rohingya refugee crisis lies in their safe repatriation to Myanmar. Bangladesh needs more support from international communities to resolve this crisis.

Kazi Mohammad Jamshed, a strategic affairs and foreign policy analyst, is a lecturer in the Department of International Business at the University of Dhaka in Bangladesh. He can be reached at [email protected] The views expressed in this article are those of the author and do not necessarily reflect the official editorial position of UCA News.