Will the SSPX stalemate be Benedict's greatest disappointment? 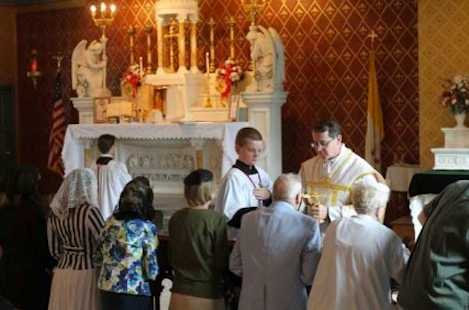 On his first day on the job, Pope Benedict XVI’s successor will find a long to-do list waiting on his desk in the Apostolic Palace.

From rekindling the weakening flame of the faith in the West to reforming the Vatican bureaucracy. From improving ties with Islam to fielding calls for reform among Catholics across the world, the future pope will face a daunting array of challenges.

But the most intractable issue of all may be the Catholic Church’s relationship with the traditionalist Society of St. Pius X, the ultra-conservative splinter group that stubbornly refused Benedict’s repeated overtures.

The group threatens the Vatican with what many in the church fear most: a small but permanent schism, a new division in the Catholic world that risks further diluting the church’s message.

Throughout his nearly eight-year pontificate, Benedict invested a large share of his personal charisma and political capital seeking reconciliation with the SSPX, which rejects the modernizing reforms of the Second Vatican Council (1962-1965) that revolutionized Catholic life.

And yet, like possibly no other chapter of his pontificate, Benedict’s relations with the traditionalist group have come to epitomize the shortcomings and unfinished business of his papacy.

The problem for the next pope, however, will be that the SSPX will be no more willing to accept the Vatican’s reconciliation under a new pope than they did under Benedict.

In 1988, Lefebvre ordained four bishops without Vatican approval — an act of insubordination that led to the immediate excommunication of the SSPX’s leadership. The secondary effect was the creation of a parallel church opposed to the official one.

As Cardinal Joseph Ratzinger, Benedict had spent 17 years at the center of Vatican efforts to avoid a permanent break with Lefebvre. When he became pope in 2005, he immediately signaled his desire to close the 1988 schism in an effort to promote unity within the church.

Four months after his election, Benedict met with the Lefebvre’s successor, Bishop Bernard Fellay, in the papal summer residence of Castel Gandolfo to map out a road to reconciliation.

After that meeting, says Andrea Tornielli, a Vatican analyst with the Italian daily “La Stampa” and an expert on Vatican-SSPX relations, Benedict “accepted all the conditions posed by the traditionalists.”

In 2007, the pope liberalized use of the ancient Latin Mass cherished by the Lefebvrists, saying it could exist together with the modern Vatican II Mass.

Two years later, he lifted the excommunication of the four SSPX bishops and ordered the opening of “doctrinal talks” with the goal of ironing out the differences over Vatican II.

But his overture was marred by revelations that one of the four bishops, Richard Williamson, has denied the death toll of the Holocaust. It didn’t help when a Good Friday prayer from the old Latin Mass included a line to “lift the veil” from Jewish hearts.

The move outraged Jews and Catholics, making headlines throughout the world and becoming the first of a series of crises that would come to mark Benedict’s pontificate.

As in many of the crises in the coming years, from the sexual abuse scandal to the Vatileaks affair, the Roman Curia (the church’s central bureaucracy) would come under attack for not adequately supporting Benedict.

Observers noted that Williamson’s positions were widely circulated online, and it would have required little effort to anticipate the coming storm. But Benedict took personal responsibility for the error in a letter addressed to all Catholic bishops in March 2009.

The unusually frank and personal letter highlighted Benedict’s isolation, both within the church and wider society: “I was saddened by the fact that even Catholics who, after all, might have had a better knowledge of the situation, thought they had to attack me with open hostility,” he wrote.

The pontiff complained of having been “treated hatefully, without misgiving or restraint,” for his “gesture of mercy” toward the SSPX bishops. He warned Catholic leaders they risked “biting and devouring” each other “as expression of a poorly understood freedom.”

While the crisis eventually subsided, Benedict’s image was deeply tarnished. Yet, despite his efforts and years of talks, the SSPX refused to budge and to sign a Vatican reconciliation offer.

Benedict “had possibly underestimated the divisions within the Society,” says Tornielli. For sure, he adds, “he gave all he could, and even a little more than that.”

The SSPX negotiations will remain a “wound” for Benedict, according to Giovanni Maria Vian, the editor of the semi-official Vatican newspaper L’Osservatore Romano. “He tried to heal this schism, because he is the last pope who has lived through the Council.”

Last year, SSPX leaders said Benedict’s insistence on accepting Vatican II reforms was “clearly unacceptable.” In January, Fellay blamed the stalled talks on “Jews” and other “enemies of the church,” which the Vatican quickly responded as “unacceptable.”

Now, the task of finishing that exchange — or shifting energy to other concerns — will be left to Benedict’s successor.