As debate rages about the ethics of using cell lines from aborted fetuses, the Vatican says it is morally acceptable 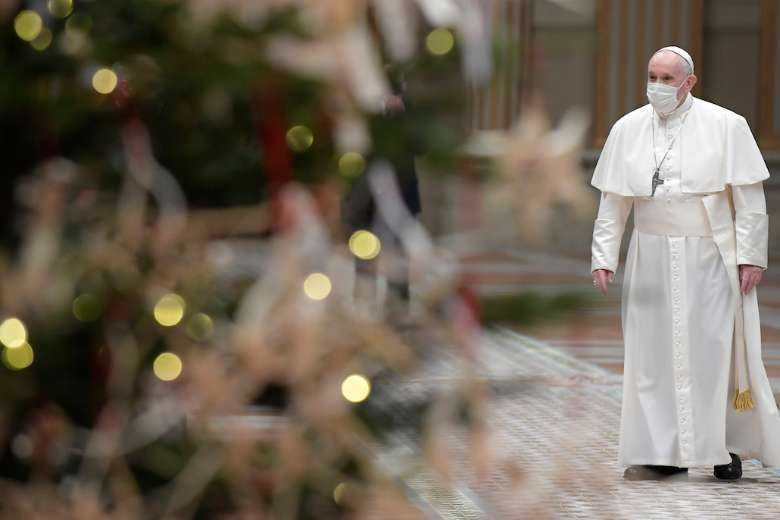 Pope Francis has not yet vaccinated against the Covid-19 pandemic. The world is watching to see if the 84-year-old bishop of Rome will receive a vaccine produced using cell lines from aborted fetuses, thus violating the principle of "moral cooperation in the evil of another" — in this case abortion.

His cooperation or non-cooperation (the pope was initially reluctant to wear a mask) will assert that "vaccination is not, as a rule, a moral obligation and that, therefore, it must be voluntary."

Although sin remains a personal act, moral cooperation in another's evil, such as abortion, can also become a grave sin, according to Catholic catechism. When willingly driving someone to get an abortion is considered a grave sin, is not benefiting from a vaccine made using aborted cell lines a sin?

Ever since research began for Covid-19 vaccines, theologians and bishops have discussed the moral dilemma. Most openly and vehemently opposed using a vaccine produced using cell lines, while some left the question open-ended.

The Congregation for the Doctrine of Faith (CDF), the Vatican office overseeing dogmatic developments, last week categorically stated that it is "morally acceptable" to receive Covid-19 vaccines produced using cell lines from aborted fetuses when no alternative is available.

The raison d'être for the Dec. 21 Vatican statement is that although any formal cooperation with evil is always morally wrong, mediate material cooperation can be morally licit at times. "Sometimes there are situations in which it is permissible to cooperate in a mediate material way in order either to gain some good or to prevent the loss of some good."

The Vatican was forced to bank on certain clauses in the moral theology of cooperation in evil as nations are waiting for the launch of the much-needed vaccines, all of which have employed cell lines either in the trial phase or in the manufacturing stage.

The Pontifical Academy for Life first addressed the moral dilemma of cooperation in evil in June 2005. The 2005 document dealt with issues surrounding vaccines prepared in cell lines from aborted fetuses.

However, the latest CDF document concluded that it is morally permissible and morally responsible for Catholics to accept these vaccines.

The document also referred to another Vatican document (Instruction Dignitas Personae, approved by Pope Benedict XVI in 2008), which deals with various types of cooperation in evil. The latest Vatican document said the moral duty to skip passive material cooperation is not obligatory if there is a grave danger, like in the present case of the uncontainable "spread of a serious pathological agent."

The CDF directive came after conflicting pronouncements by bishops, Catholic associations and experts raised questions about the morality of using these vaccines.

Catholics are eligible to use all vaccinations recognized as clinically safe and effective with "the certain knowledge that the use of such vaccines does not constitute formal cooperation with the abortion."

The morality of vaccination is tied to "the duty to protect one's own health, but also has a duty to pursue the common good," the CDF noted.

The CDF's statement, approved by Pope Francis, said that since Covid-19 poses a grave threat, the moral duty to skip remote passive material cooperation is not mandatory.

The statement said that "vaccination is not, as a rule, a moral obligation and that, therefore, it must be voluntary."

As a few nations have already started distributing Covid-19 vaccines, the connection of these vaccines to aborted fetal cell lines has come to the fore.

Though the mRNA vaccines by Moderna and Pfizer are reportedly not made of aborted fetal cell lines, they were used in the early vaccine design stages.

Three other vaccine candidates, developed by AstraZeneca with Oxford University, Johnson & Johnson and Novavax, are produced with the help of aborted fetal cell lines.

A cell line is a population of cells grown in the laboratory for extended periods. Cell lines have an unlimited lifespan and are renewable and reliable to grow viruses.

Some cell lines used by pharmaceutical companies to design the vaccine are called human diploid cell lines WI-38 and MRC-5, taken from three abortions that occurred due to medical reasons in the 1960s.

The Vatican announcement noted that these abortions were not done to harvest the cells.

Vaccines against rubella, hepatitis A, varicella (chickenpox) and rabies are also manufactured using cell lines made in the 1960s.

The vaccination Pope Francis receives will impact sociology and theology besides the economics of pharmaceutical companies.