Indian Christian nuns and Muslim supporters demand the arrest of Bishop Franco Mulakkal, after he was accused of raping a nun, outside the High Court in Kochi in the southern Indian state of Kerala on Sept. 13, 2018. Rape charges were officially filed against him in April 2019. (Photo by AFP)

Share this article :
Early in April, when police in India filed rape charges against Bishop Franco Mulakkal of Jalandhar, he became the first bishop in history to face court proceedings for raping a Catholic nun.  The charges were filed nine months after the nun complained to police of prolonged sexual abuse from the bishop, who also served as the patron of the diocesan women's congregation the nun had led for several years.  The nun and her supporters faced severe repression in the convent for going against the bishop. But the nun's public protest in Kochi, in southern India, last September forced the government, which had dragged its feet for weeks, to act. The bishop was arrested. A special team was constituted to probe the case. And finally, on April 9, a charge-sheet was filed in Pala, Kerala. Meanwhile, police vowed in April to protect a nun whose life was threatened after she stepped up to serve as a witness in the case. But this was only the latest in a series of cases of sexual abuse by clerics in recent months.
Related News 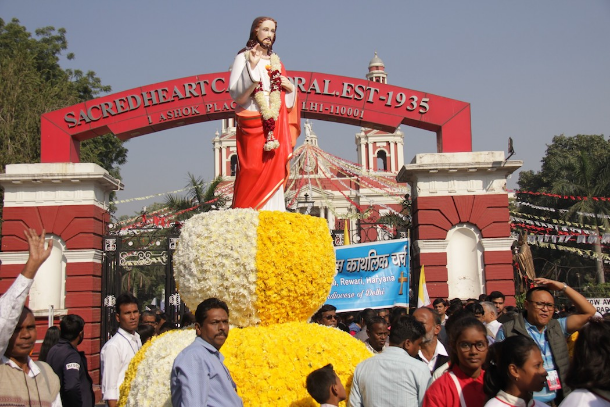 In another case that made international headlines, a Catholic priest was jailed this February after being convicted for raping and impregnating a girl at a Catholic school under his management in southern Kerala.  His arrest a year ago came after police foiled elaborate cover-up efforts involving a Catholic hospital, the girl's parish school, and even her Catholic family.  Both cases are examples of how hard it is for the victim to get justice, and how heartlessly and ineffectually the church systems collude to cover up a clergy member accused of sex abuse.  Church authorities often covered up the facts, manipulated and destroyed evidence, and transferred perpetrators, thereby enabling violators to repeat offense with impunity. They also failed to report matters to the police as they should have.  They seemingly prioritize the reputation of the Church and its clergy over the protection of children, vulnerable adults and their families. They lacked compassion for those who suffered at the hands of church personnel. However, such cases are slowly but steadily making India open up after decades of exposes of such crimes all over the world including in the United States, Europe, and Australia. The clergy sex abuse crisis, however, is not just a Catholic problem. The Protestant numbers are harder to come by, and sketchier because the denominations are less centralized than the Catholic Church. Many congregations are independent, which makes reporting on them more difficult.  In a qualitative study undertaken by Baylor University's School of Social Work on clergy misconduct in the United States back in 2009, survivors hailed from 17 different Christian and Jewish affiliations. In order to address the sex abuse concerns among Indian Christians, an ecumenical group of concerned individuals, responders, survivors and social workers met for two days from March 30-31 in Mumbai, in western India. "Understanding and Responding to the Sexual Abuse Crisis in the Indian Church — An Ecumenical Consultation" was the title of the program organized by the Church Auxiliary For Social Action (CASA), the Center for Health and Mental Health, School of Social Work and Tata Institute of Social Sciences. CASA is the social service wing of the National Council of Churches in India, an ecumenical forum of Orthodox and Protestant Churches. The consultation brought together survivors, feminists, activists, mental health professionals, church leaders, ordained ministers, and legal experts from within the faith community, who have been deeply concerned about the sexual abuse crisis in the Indian Church. They wanted to evolve a zero-tolerance policy toward sexual abuse in churches, and set up structures for healing and justice. This consultation was also initiated by lay people (non-ordained) who are committed to seeing justice served for both genders and full respect for human rights among all church members.  We wanted to take charge and shape the narrative around the issue so that the response is deeply embedded in the Gospel, constitutional values, and the law of the land," Brinelle D'Souza, one of the organizers, told ucanews.com The church authorities showed a reluctance to engage, and interactions were "characterized by a mixture of fear, suspicion, hostility, complacency, minimization, blame-shifting, self-preservation, and apologies, with a promise to improve in the future," D'Souza said. Moreover, an atmosphere of hostility against Christians exists in most part of India, with ultra-nationalist groups side-lining non-Hindus as non-Indians. Against such a background, many people consider it inappropriate to seek the state's intervention in clerical sex abuse; they say it goes against the Church.  Further, in patriarchal societies such as India, women are expected to suffer the sexual advances of men and be silent against such injustices. The pressure is on women to take on the maximum burden of protecting the honor of the community, especially where there is conflict, division, and polarization. This silences victims and stops them from bringing up their grievances with the authorities.   The situation gets further complicated when governments run by India's pro-Hindu Bharatiya Janata Party (BJP) remain keen on co-opting such sensitive issues with the ulterior motive of tarnishing the Church's image, and project themselves as the saviors of minority women and children.   The consultation, however, formed an ecumenical national network of Christian men and women, with the commitment to root out sexual abuse in the Church and create structures for healing and justice.   "It is a huge challenge and responsibility, but a sacred task, too. We will partner with various Christian organizations, church leaders, and civil society for a zero-tolerance policy on sexual abuse, and to set up preventive, healing, and justice structures," said Joycia Thorat, a CASA project officer. D'Souza said they also plan to network and collaborate with other such organizations across the globe to learn from other experiences on how to create safe platforms for victims-survivors.
Cynthia Stephen is a writer and researcher based in Bengaluru. She is also a social worker helping women and children in vulnerable situations.