Amid the scandals, there are signs of progress 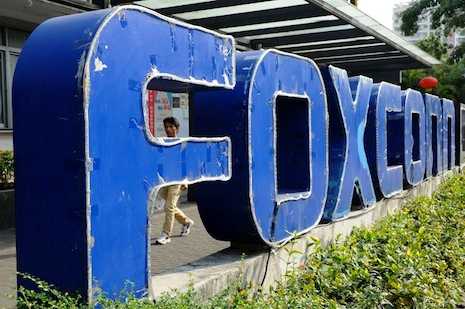 Signage outside the Foxconn plant in Shenzhen, China. File photo: AFP/China Out

Meanwhile, major Chinese pharmaceutical companies are under investigation for alleged bribery, the food and beverage sector rarely goes a month without a major safety scandal and industry is constantly under scrutiny for damaging the environment, often illegally.

Then there’s Foxconn, the Taiwanese contractor for Apple with factories in provinces including Guangdong and Hebei, which has been plagued by staff suicides and allegations that it aggressively seeks to hire poorly paid students to assemble iPhones and Playstations.

So is corporate social responsibility (CSR) in China in ruins, or is it a work in progress?

Whenever confronted with such a question, both Chinese and foreign entrepreneurs ordinarily lament the difficulties they meet when trying to instill a sense of personal and corporate responsibility.

Chinese media, forums on the internet and everyday conversations are filled with expressions of doubt on the capacity of Chinese society – and specifically of its companies – to foster long term thinking and responsible behavior.

For sure, there is a dose of rhetoric in all this, and in every national context cultural impediments exist that make CSR a work forever in progress. Still, cultural traits such as in-group collective ethos and a stress on power distance (which are pervasive in China) are detrimental to CSR-based corporate values in the world's second largest economy.

At the same time, Chinese thinkers have seen traditional values - such as respect for their elders or filial piety - as nourishing a sense of discernment and personal responsibility. These values were fostering chains of solidarity, the meaningful maintenance of which each individual is responsible for.

Chinese wisdom has been linked to a deep respect for the natural environment and for the sometimes paradoxical lessons it offers to the observer, among them a sense of caution and fluidity that discards reckless behaviors while predisposing people to perpetually adapt to change. These are certainly attitudes precious for the nurturing of a corporate culture focused on sustainability and a sense of responsibility.

Recent research based on interviews with Chinese CEOs has identified three specific topics on which Chinese entrepreneurs are insistent when asked to articulate their own understanding of CSR: The importance of good faith; providing employment opportunities; and contributing to social stability.

These concerns do not substitute to the Western approach to CSR but rather add to it. Key differences exist: Chinese managers still privilege the interests of stockholders over any other. But, paradoxically, in various surveys, they do stress the fact that social responsibility goes beyond making a profit and is essential to long term profitability.

The year 2007 can be seen as a watershed in the building of a consistent body of CSR regulations understood as entrusting specific duties and objectives to all companies operating in China.

During that year, the 17th Central Committee of the Chinese Communist Party stressed the importance of “energy, resources, ecological, and environmental conservation” and the necessity to “put people first” in order to achieve “balanced and sustainable development.”

Later in 2007, China passed its first Labor Contract Law and started to promote CSR by passing local legislation on environmental protection and laborers’ rights following the directions of the central government. Nowadays, a large number of laws and guidelines determine the spirit and content of CSR-related policies in China.

A major (and yet often overlooked) benefit is that CSR, as a self-regulation mechanism, helps a company to assess the relevancy and potential pitfalls of its business model, alerting it to risks that may be linked to hazardous behaviors, failure to understand and meet the public’s expectations and a lack of transparency and accountability.

In the Chinese context, there are additional reasons for making CSR part of any company’s business model  and strategy.

The state places great emphasis on the social role of companies, both national and transnational, which are now expected to show environmental responsibility, to contribute to social harmony – avoiding risks and contributing to social causes in times of natural disasters or at the local level – and to insert their action into a framework of sustainable development. A company’s record on all these fronts helps to define its credit with authorities.

The general public and internet users are strongly moved by stories detrimental to the reputation of a company, and are also sensitive to success stories and creative initiatives.

On China’s dynamic eastern seaboard, CSR-related issues were identified earlier and in a clearer fashion than generally assumed. CSR and business ethics have become topics of concern among Chinese entrepreneurs and in society at large.

Overall then, CSR awareness and implementation are keys to better environmental, safety and social practices in Chinese society as a whole. Furthermore, for local and international corporations, a corporate strategy that focuses on CSR values and practices sees its creative potential greatly enhanced.

The change in focus, the enlargement of one’s field of vision and connection with a whole new field of ideas and partners open up executives to hitherto unsuspected possibilities.

This is even truer in China: The scope of the country, the intricate character of the challenges met by companies and the richness of the cultural and social fabric provide entrepreneurs with an abundance of new resources and viewpoints through which to rethink their mission and methods.

Implementing CSR in China amounts to making sustainability and creativity one and the same endeavor, while anchoring one’s ethos and practices to Chinese soil - there may be a long way to go but the seeds of change are there.

Benoit Vermander is associate professor and academic director of the Xu-Ricci Dialogue Center at the School of Philosophy of Fudan University (Shanghai). The above is an abridged and edited excerpt from his new book, Corporate Social Responsibility in China: A Vision, an Assessment and a Blueprint scheduled for release by World Scientific (Singapore) at the end of November. Go to: http://www.worldscientific.com/worldscibooks/10.1142/8877