Widodo gives nod to 'tunnel of friendship' in Jakarta Indonesian President Joko Widodo has approved the construction of an underground tunnel connecting Istiqlal Mosque with Our Lady of the Assumption Cathedral Church, both national cultural heritages.

The two places of worship in capital Jakarta are very close to each other and have long been known as symbols of how religions coexist in Indonesia.

Muslims and Catholics often share facilities at the largest mosque in Southeast Asia and the city’s oldest Catholic church during major religious festivals such as Eid al-Fitr and Christmas.

“There was a suggestion to build a tunnel from Istiqlal Mosque to the Cathedral Church, and I have agreed,” President Widodo told journalists on Feb. 7 after visiting the mosque to inspect renovation work there. 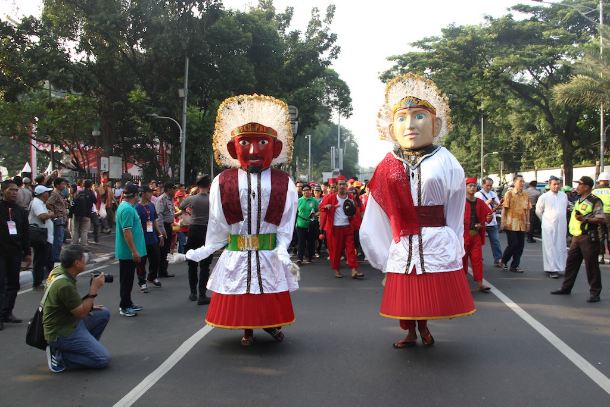 Its construction will be part of the renovation work on the mosque, which was designed by a Christian architect named Friedrich Silaban.

The 475-billion-rupiah (about US$34 million) renovation project began in May last year and also includes replacing the existing flooring and sound system.

“This tunnel of friendship is a continuation of the idea behind the construction of Istiqlal Mosque by former president Sukarno, which is to make it symbol of harmony and friendship among the children of the state,” the prelate said. “If this is realized, it will be a meaningful eternal monument.”

“There must be a clear target of value. What is the cultural value? What is the religious value? Or is it just a political ploy?” he asked journalists.

Similar criticism came from Rev. Gomar Gultom, head of the Communion of Churches in Indonesia, who called the tunnel “unsubstantial.”

He called on Widodo to focus on overcoming obstacles to religious worship such as intolerant groups preventing the building of many houses of worship.

The Jakarta-based Setara Institute for Democracy and Peace recorded 398 cases in which religious groups were hindered or prevented from worshipping between 2007 and 2018.

Half involved the non-issuing of building permits for Christian churches following opposition by intolerant groups.