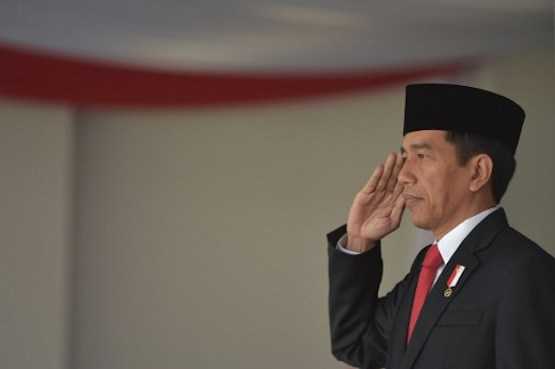 Indonesian President Joko Widodo has failed miserably to solve human rights issues since coming to power two years ago, according to Catholic students and activists.

This has been highlighted by his support for and use of the death penalty, they said.

Widodo reneged on his election promises in the 2014 presidential race to end impunity for past rights violations, which he claimed would be one of his top priorities, Kako said.

"We are all witnesses today as to how he reneged on that commitment," Kako told ucanews.com Sept. 21.

"That's why we sent the letter."

The students said there are still many cases of past human rights violations, which have seen no progress in ongoing legal proceedings.

They include a mass killings campaign against communist sympathizers in 1965 during which more than 500,000 people were slaughtered and the murders of four rights activists in 1998 during unrest that brought down former dictator Suharto.

Rather than resolving those cases, Widodo has attacked rights further by executing 18 drug convicts, Kako said.

He was referring to several rounds of executions carried out against convicted drug traffickers, many of whom were foreigners.

Kako accused Widodo of acting like God by taking it on himself to decide who will die.

Widodo’s record has also come under fire from rights organizations.

New York-based Human Rights Watch said people’s hopes that Widodo would address the human rights failures of his predecessors were dashed by his implementation of the death penalty against drug traffickers.

"Jokowi's outspoken support for the death penalty and his decision to make execution of convicted drug traffickers a symbol of his resolve reflected serious backsliding on his reform agenda," the group said in a recent report.

Feri Kusuma from the Commission for Missing Persons and Victims of Violence said Widodo’s failure to break impunity and guarantee every citizen their rights was illustrated by some political appointments he has made.

He pointed to the controversial appointment in July of Wiranto, a former military chief, as the country’s top security minister.

Wiranto was accused by the UN in 1999 of orchestrating atrocities during Indonesia’s occupation of Timor Leste. He also headed the military in 1998 dozens of rights abuses were reported across the country during the unrest surrounding Suharto’s downfall.

These abuses include the disappearance of 13 activists who remain missing to this day, according to the National Commission on Human Rights.