Why is persecution of Christians seen as acceptable?

The harassment and murder of Christians for their faith is commonplace, but why does it have to be that way? 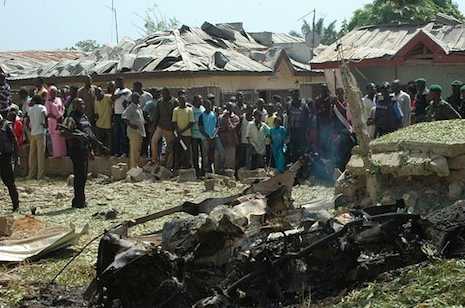 The latest bombing in Nigeria shows how Christians are increasingly suffering for their faith – and how their plight is being ignored. Imagine the unspeakable fury that would erupt across the Islamic world if a Christian-led government in Khartoum had been responsible for the deaths of hundreds of thousands of Sudanese Muslims over the past 30 years. Or if Christian gunmen were firebombing mosques in Iraq during Friday prayers. Or if Muslim girls in Indonesia had been abducted and beheaded on their way to school, because of their faith. Such horrors are barely thinkable, of course. But they have all occurred in reverse, with Christians falling victim to Islamist aggression. Only two days ago, a suicide bomber crashed a jeep laden with explosives into a packed Catholic church in Kaduna, northern Nigeria, killing at least eight people and injuring more than 100. The tragedy bore the imprint of numerous similar attacks by Boko Haram (which roughly translates as “Western education is sinful”), an exceptionally bloodthirsty militant group. Other notable trouble spots include Egypt, where 600,000 Copts – more than the entire population of Manchester – have emigrated since the 1980s in the face of harassment or outright oppression. Why is such a huge scourge chronically under-reported in the West? One result of this oversight is that the often inflated sense of victimhood felt by many Muslims has festered unchallenged. Take the fallout of last month’s protests around the world against the American film about the Prophet Mohammed. While most of the debate centred on the rule of law and the limits of free speech, almost nothing was said about how much more routinely Islamists insult Christians, almost always getting away with their provocations scot-free. Innocence of Muslims, the production that spurred all the outrage, has been rightly dismissed as contemptible trash. What, though, of a website such as “Guardians of the Faith”, run by Salafist extremists in Cairo? Among many posts, it has carried an article entitled “Why Muslims are superior to Copts”. “Being a Muslim girl whose role models are the wives of the Prophet, who were required to wear the hijab, is better than being a Christian girl, whose role models are whores,” it declares. “Being a Muslim who fights to defend his honour and his faith is better than being a Christian who steals, rapes, and kills children.” Hateful messages breed hateful acts. Is it any surprise that mobs have set fire to one church after another across Egypt in recent years? Full Story: Christians persecuted throughout the worldSource:Telegraph