Why is Asia clinging to the death penalty? Anti-death penalty activists in the Transformative Justice Collective hold a clemency of appeal petition letter in the drug trafficking case of Malaysian national Nagaenthran Dharmalingam before submitting it to the Istana presidential palace in Singapore on Nov. 8. (Photo: AFP)

Singapore’s suspension of the death penalty of a mentally disabled Malaysian has once again brought into focus the straightforward manner with which Asian nations execute convicts.

Following pleas from the international community and rights groups, Singapore on Nov. 8 suspended the execution of 33-year-old Nagaenthran Dharmalingam, who was convicted of smuggling 42.72 grams of heroin.

Passengers going through Singapore’s Changi Airport are familiar with airlines’ chirpy warning that the city-state imposes the death penalty for drug-related offenses.

Singapore is one of four nations known to have executed people for drug-related violations in recent years. The Asian nation is reported to be housing 50 people on death row.

On Nov. 4, in what is believed to be a first, two Japanese prisoners facing the death sentence filed a lawsuit over how prisoners are notified only a few hours before an execution is carried out.

While political crimes, financial frauds and careless industrial mishaps that throw thousands of lives out of gear go unpunished in most Asian nations, death is handed down to hapless individuals caught for crimes that could be punished with jail terms, offering a chance for rehabilitation.

According to Amnesty International, at least 28,567 people were facing death sentences at the end of 2020 worldwide

Though the Philippines banned the death penalty in 2006, President Rodrigo Duterte has threatened to reintroduce it, particularly for drug-related crimes, since taking office in 2016.

In fact, Duterte has introduced a de facto form of capital punishment as part of his violent “war on drugs,” campaign. A conservative estimate stated that the campaign has killed more than 12,000 people — many of them innocent and all without trial — since 2016.

Most executions were carried out in China, Iran, Egypt, Iraq and Saudi Arabia — in that order. 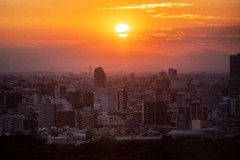 Saudi Arabia, which follows the Islamic code of Sharia, is the only country where beheading is used as the method of execution. Others include hanging, lethal injection and shooting.

Communist China is the world’s leading executioner, Amnesty International said, adding that exact figures are difficult to come by as the death penalty is classified as a state secret in the totalitarian state.

According to Amnesty International, at least 28,567 people were facing death sentences at the end of 2020 worldwide.

Though the UN General Assembly voted on a resolution in 2020 seeking a moratorium on the use of capital punishment, Asian nations are not in a mood to heed.

Of the 10 nations of the Association of Southeast Asian Nations (ASEAN), Cambodia, Malaysia and the Philippines, supported the resolution. Singapore and Brunei stood against it, while the remaining five countries abstained.

Eight of the 10 ASEAN states retain the death penalty and only Cambodia and the Philippines have abolished it. Timor-Leste, not an ASEAN member state and a Catholic-majority nation, has also done away with the death penalty.

Why is Asia clinging to the death penalty? Because governments on the largest continent continue to stick to an outmoded zero-tolerance approach toward crime despite evidence that capital punishment is an ineffective deterrent.

Asian governments often define crimes in vague terms. For example, Japan maintains a high degree of secrecy over prisoners facing the death penalty and details of their wrongdoings.

Despite the Catholic Church’s centuries-long opposition to the death penalty, several popes and church leaders tacitly allowed the use of lawful executions in exceptional cases

Lack of transparency in the imposition of the death penalty is against Article 7 of the Covenant on Civil and Political Rights and Article 1 of the Convention against Torture.

Despite the Catholic Church’s centuries-long opposition to the death penalty, several popes and church leaders tacitly allowed the use of lawful executions in exceptional cases. Sometimes, for example, opposing the execution of a terrorist could result in a backlash from society.

St. Pope John Paul II’s 1995 encyclical Evangelium Vitae (The Gospel of Life) condemned capital punishment except “in cases of absolute necessity.” However, he called for its abolition four years later.

The abolition of the death penalty has been Pope Francis’ top priority. In 2018, the pope revised the Catechism of the Church to describe the death penalty as “an attack on the inviolability and dignity of the person” that is “inadmissible” in all circumstances.

In his 2020 encyclical Fratelli Tutti (All Brothers), the pope ratified the position of the Church against the death penalty and urged Catholics to seek its abolition worldwide.

Though prison ministries are active under national churches in Asia, they do not go beyond undertaking counseling and charity activities inside prisons.

When it comes to influencing policy-level changes, Asian Catholic hierarchies and their prison ministries turn Nelson’s eye. It is time the minuscule Catholic community in Asia became the Biblical "leaven" to effect a change in the social perception of the death penalty in Asia.