In cold blood, the state decided to wreak on him and others the full might of its vengeance for daring to speak for the poor and deprived 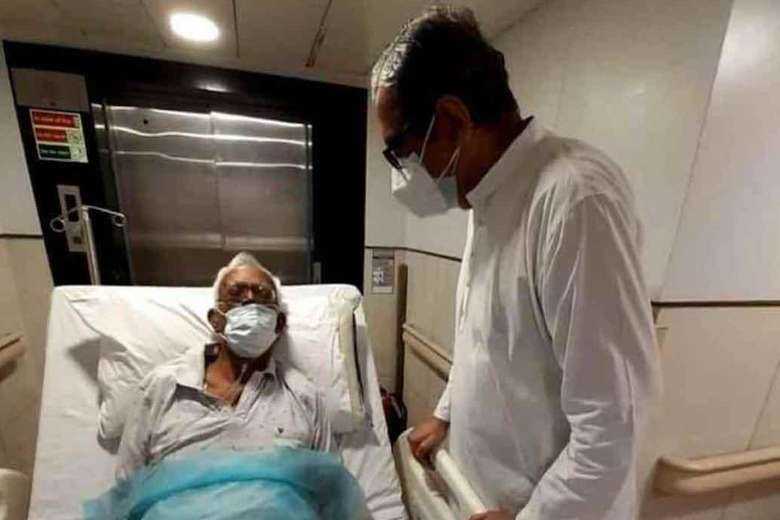 We mourn Jesuit Father Stan Swamy today. Tomorrow we will start celebrating his life. It is a moot question which of these events the government of Prime Minister Narendra Modi will be more apprehensive about.

Will it wonder why an 84-year-old Catholic priest’s death from Covid-19 and other complications in a Mumbai hospital has triggered such a tsunami of grief across India and the globe, much more than if it were that of a political leader or a sports icon?

Or will it ponder how this sorrow has turned into a wave of disgust against India's senior political leadership and the many institutions of law, order and justice that it has not only emasculated but robbed of the humaneness and respect they used to have for the constitution and people's rights?

The celebration of the life of this frail man, his limbs quivering with the impact of Parkinson’s disease, will hold up a mirror to the government, its policies towards its own people, particularly tribal people and the poor, and how, in violation of the statutes, it is stealing the nation’s resources, which are also the very life of tribal people, and gifting them to crony capitalism. In the process, it is also bartering away the future, with its robbery of forests, water and minerals impacting the environment and the climate.

For that is why Stan Swamy had to die. And the state used all its might to ensure that he would die a prisoner of the state. That he died after a few days in hospital while on a ventilator was because Mumbai High Court took mercy. But he was not out on bail. As the bail application came up for an early hearing on July 5, the hospital told the bench that Father Swamy had passed away. His lungs were impacted by the Covid he contracted in jail. His brave heart seized at last. The judges expressed their shock. They said they had no words. Lawyers have demanded a judicial inquiry. It will be surprising if the government orders it.

One of Father Stan’s last messages from jail was poignant: “What is happening to me is not something unique, happening to me alone. It is a broader process that is taking place all over the country. We are all aware of how prominent intellectuals, lawyers, writers, poets, activists, student leaders — they are all put in jail just because they have expressed their dissent … I am ready to pay the price whatever may it be.”

In jail, with his health failing in the advanced stages of Parkinson’s disease, he was denied basic human dignity and facilities including a simple water sipper

But even from jail, Father Stan would not allow his spirit to be arrested by his inhumane treatment and a vengeful state. Even in jail, the free bird sings, he told Jesuit colleagues.

Father Stanislaus Swamy, arrested in October 2020, faced inhuman treatment while in jail together with others arrested in the so-called Bhima Koregaon conspiracy to murder political leaders. He and the others denied the charges as human rights movements accused the state of using the draconian Unlawful Activities Prevention Act to crush dissent and the rights of India’s Dalits and tribal communities.

Our hearts had foretold his death. It was clear that the state had, in cold blood, decided to wreak on him and others the full might of its vengeance for daring to speak for the poor and deprived.

Father Stan, the legendary worker for the rights of tribal and indigenous people in India and elsewhere in the world, lived in Ranchi in Jharkhand state. He was in his small room when he was arrested last October. His computer and other belongings were seized as he was put behind bars. He told his interrogators of the police and the National Investigation Agency then and later that he was totally innocent of the charges he was facing.

In jail, with his health failing in the advanced stages of Parkinson’s disease, he was denied basic human dignity and facilities including a simple water sipper as he could no longer hold a cup in his trembling hands.

A man who could hardly move was systematically denied bail by various courts.

The course of the various stages of his bail application, and the manner in which the investigating agencies and the prosecution insisted he was too dangerous to be released, are ample evidence that the state wanted to make an example of him and the others arrested with him.

The Tamil Nadu-born Jesuit priest shifted out of the citadel of the Church and its institutions to work with the tribal people of central India, basing himself in Ranchi for the last four decades of his life.

In life and in his martyrdom, Father Stan Swamy has become a beacon for all who struggle for human rights

As much a researcher and writer as he was a grassroots worker, he focused on many issues facing the Adivasi (aboriginal) communities, particularly land, forest and labor rights. He questioned the non-implementation of the Fifth Schedule of the Constitution, which stipulates setting up a Tribes Advisory Council with members solely of the Adivasi community for their protection, well-being and development.

Just a few days before he was arrested by the National Investigation Agency, Father Stan said he had challenged the “indiscriminate” arrest of thousands of young aboriginals accused by investigating agencies of being Naxals.

In life and in his martyrdom, Father Stan Swamy has become a beacon for all who struggle for human rights, especially the rights of tribal people and other marginalized people, and a role model for young men and women across the nation.