No longer a punishing authority, the Church increasingly seeks to be an agent to protect and share the faith The Spanish Inquisition, authorized by Pope Sixtus IV, was started in 1478 to preserve Catholic orthodoxy in the kingdoms under the Spanish monarchy. (Image: YouTube)

Under Pope Francis' leadership, the Catholic Church continues the struggle to rid itself of its past images of triumphalism and war as it seeks to become the church of the poor. The battle is to stop being a mystery that repels to become a mystery that attracts, to borrow the words of Lutheran theologian Rudolf Otto.

The latest move comes from Cardinal Luis Ladaria Ferrer, prefect of the Vatican's Congregation for the Doctrine of the Faith, who asserted that his office is no longer "the Inquisition."

The assertion seems needless as it comes more than a century after the Supreme Sacred Congregation for the Roman and Universal Inquisition, otherwise known as the Inquisition, changed its name to the Holy Office in 1908.

It was further reorganized and renamed in 1965 as the Congregation for the Doctrine of the Faith, its current name. The Vatican office, tasked with safeguarding faith and morals, dropped “Inquisition” from its name and character almost a century ago.

However, Cardinal Ferrer told Vatican News last week that his office "is no longer the Inquisition" and explained the reason behind the assertion.

"The past of our congregation still weighs heavily, since we have not always acknowledged the profound changes that have taken place in the Church and in the Roman Curia in recent times," he said.

The Inquisition was the powerful office to check and punish heresy and schisms throughout the world. Christian monarchs started it with the blessing and approval of the pope in the 12th century.

In action for nearly 500 years, the Inquisition was known for its torture and persecution of Jews, Muslims and Protestants. Its worst form of manifestation occurred on the Iberian peninsula, where the Spanish Inquisition saw 32,000 executions when it was in force for more than 300 years.

In 1184, Pope Lucius III sent bishops to southern France to crack down on heretics called the Cathars, who flourished in southern Europe between the 12th and 14th centuries. Cathars followed Catharism, the dualistic idea of two gods or deistic principles, one good and the other evil. They called themselves the pure Christians.

The Church also faced similar heretical problems in Germany and northern Italy. Pope Gregory IX instituted the Papal Inquisition in 1231 for the apprehension and trial of heretics. In the same year, Pope Gregory directed the Dominicans and Franciscans to zero in on heretics. 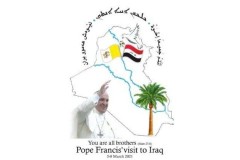 The Inquisitors would give heretics a chance to admit their heresy and accept punishment, including a pilgrimage and a whipping. Those who did not confess their heresy were tortured and sometimes killed.

There were many instances of abuse of power. Barons and dukes, who sided with the Church, burned heretics at the stake even after confession. They confiscated the land and properties of the accused to increase their wealth.

By 1307, Inquisitors had gained enormous power and mass arrests and tortures followed. More than 15,000 Knights Templar, a monastic military order devoted to protecting pilgrims in the Holy Land, were arrested in France. They fell from grace with the Vatican due to lurid details and whispers of black magic and scandalous sexual rituals.

Joan of Arc, burned at the stake in 1431, became the most famous victim of the Inquisition.

If the previous Inquisitions were operated by monarchs with the blessing of popes, Rome came up with its Inquisition in 1542 when Pope Paul III set up the Supreme Sacred Congregation of the Roman and Universal Inquisition to combat Protestant heresy. It was infamous for putting Galileo on trial in 1633.

Subsequently, the Inquisition extended its remit to include witches, diviners, blasphemers, sodomy, bigamy and witchcraft.

In the 16th century, it was the turn of Protestant reformers to bear the brunt of the Inquisition.

To counter the Reformation and curb heretical ideas spreading, the Spanish Inquisition produced indexes of prohibited books. These included a vast number of books of various types. Special attention was paid to religious works, particularly vernacular translations of the Bible.

Besides its religious affairs, the Inquisition also served as an extended arm of the monarchy. Though the king designated the inquisitor general, his selection had to get the nod from the pope.

The inquisitor general had his influence and authority stretch to Spain's kingdoms, including the American vice-royalties.

The entire inquisition process was held in complete secrecy. The accused were not informed about the charges levied against them. The prisoners were kept isolated and not allowed to attend Mass and receive the sacraments.

While grilling the accused, the Inquisition used torture, mainly against those suspected of Judaism and Protestantism, in the 16th century.

As Spain expanded its kingdom in the Americas, so did the Inquisition, which was established in Mexico in 1570 to try Lutherans. It reached Peru, where Protestants were tortured and burned alive.

The last person to face the Inquisition was Cayetano Ripoll, a Spanish schoolmaster, who was put to death for heresy in 1826.

The Inquisition was abolished on July 15, 1834, by a royal decree issued by regent Maria Cristina de Bourbon in Spain.

Almost from the beginning of his pontificate, St. John Paul began seeking forgiveness for the actions of his predecessors.

"The Church must on its own initiative examine the dark places of its history and judge it in the light of Gospel principles," he wrote to the cardinals.

Pope John Paul's willingness to admit the sins of intolerance "in the name of faith and morals" had "[sullied] the face of the Church."

John Paul's initiative provided the Church with a narrative of the Inquisition that tells the whole story instead of a selective and biased account.

Cardinal Ferrer said that his congregation's "mission is to promote and protect the doctrine of the faith. It is a task that will always be necessary for the Church, which has the duty to transmit the teaching of the apostles to the next generation."

The Church is no longer a punishing authority. It increasingly seeks to be an agent to protect and share the faith. It is the core of the Church's mission, but the spirit of that mission is love, which cannot take violent means to achieve its goal.