Some new findings have emerged on the three wise men of the nativity who, until now, have been shrouded in myth and supposition. 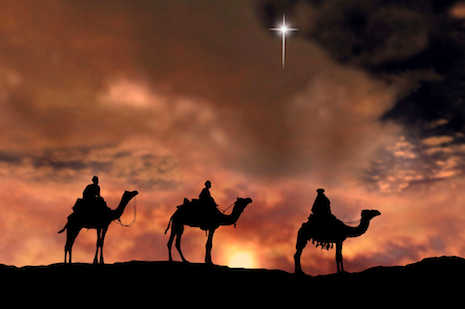 Three Wise Men following a star across the desert clutching their gifts for baby Jesus is one of the best-known images from the Nativity. Now, an ancient document found in the Vatican has revealed a different and more in depth version of the Magi's journey. The mysterious 'Revelation of the Magi' document has been held at the Vatican for 250 years and has only now been translated from ancient Syriac by a university professor. Brent Landau - an expert in religious studies from the University of Oklahoma - spent two years poring over the frail pages of the 8th-century manuscript. The document itself is merely a copy of a text first written down almost half a millennium earlier. The additional details and differences from the traditional story of the Three Wise Men based on the Gospel of Matthew are: Rather than being Persians, the travelers came from the semi-mythical land of Shir which is now associated with ancient China - making their journey even longer.The document claims there were 'scores' of Magi rather than just three, suggesting that several men visited baby Jesus. The Gospel of Matthew doesn't specify an amount - the idea that it was three men arose from the number of gifts they are supposed to have delivered.Full Story:Ancient Document Sheds New Light On The Three Wise MenSource:Huffington Post Religion