When to watch for the white smoke

Your detailed guide so you don't miss it 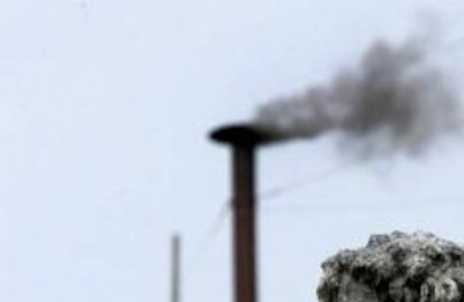 Many people across the world are wondering when we should be watching the chimney above the Sistine Chapel to see the smoke that will tell us whether a new pope has been elected.

Here is a quick guide to when to watch and what to expect . . .

The Color of the Smoke

After casting ballots, the cardinals burn them, and this is what produces the smoke. They also burn other things–straw or chemicals–to change the color of the smoke, though precisely what they’re burning this time is a bit of a mystery.

In practice, there have been troubles with the color of the smoke being unclear in the past.

Sometimes it starts off one color and then seems to change color. This can happen when the things the cardinals are burning don’t ignite at the same time.

Other times, the smoke seems too grey to say that it’s white or black.

To help clear up matters, they’re suppose to also start ringing the bells at St. Peter’s when a new pope is elected, but there has been confusion in the past with the bells, since they are ordinarily rung at several times of day.

Hopefully, there won’t be such confusion this time, but here’s when to watch . . .

On Tuesday the cardinals are scheduled to have only one round of voting, which is expected to end around 7:00 p.m., Rome time.

It might be somewhat earlier or later when the smoke appears, and it will almost certainly be black, since the first ballot almost never results in a papal election.

For the next few days, the cardinals are scheduled to have four votes–two in the morning and two in the afternoon.

They will burn the ballots after each pair of ballots.

This means that the cardinals will be burning the ballots after each odd numbered ballot (that is, after ballot #1 on day 1, after ballots #3 and #5 on day 2, and ballots #7 and #9 on day 3).

As before, the exact time may be slightly earlier or later.

The longer the conclave goes on, the higher the likelihood that the smoke will be white.

If the cardinals elect a cardinal after an even numbered ballot (e.g., ballot #2 or #4 on day 2 or ballot #6 or #8 on day 3) then they will burn the ballots immediately.

As a result, the smoke at such an unscheduled burning will be white–announcing the election that has just happened.

Each round of balloting takes about an hour, so if they elect a pope on an even numbered ballot, the smoke would appear around an hour earlier than expected–e.g., around 11:00 a.m. or 6 p.m., Rome time.

As before, the exact time might be earlier or later.

Here is a list of when to watch for the smoke if you are in Rome (all times local):

Here is a list of the approximate times to watch for the smoke to appear in the different U.S. time zones (times in parentheses indicate unscheduled burnings):

If you live in another time zone, here is a link that you can use to determine how far ahead or behind Rome is from where you are.

Original story:When to watch for the white smoke