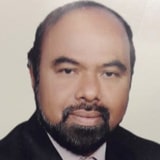 The chief minister-elect of Tamil Nadu state, M.K. Stalin of the Dravida Munnetra Kazhagam party, delivers a speech after winning the southern state's election on May 2. (Photo: AFP)

The recent elections in four states and one federally ruled territory in India threw up results that sent shock waves to the pro-Hindu Bharatiya Janata Party (BJP) that runs the federal government in New Delhi.

But the results brought cheer to the regional satraps. Mamata Banerjee in West Bengal state in the east and Pinarayi Vijayan in Kerala in the south not only held on to their political turf but also consolidated and bettered their positions.

In another southern state, Tamil Nadu, M.K. Stalin realized his life mission of capturing the chief minister's job by unseating the BJP-backed AIADMK from power.

The BJP could save face by retaining Assam in the northeast, though with a reduced number of seats and by wresting power in Puducherry by piggyback riding on a regional party.

The biggest setback for the BJP was its loss in Bengal. It hurts them most because despite the enormous resources — both men and material — mobilized and deployed, they could not make it. The BJP dream of having a foothold in Bengal seem to have withered for now.

What do these election results mean to a country that has been witnessing over-assertive right-wing Hindutva forces gaining ground in state after state? In the recent past it seemed that these forces were invincible and the whole story of secular India was being rewritten to the detriment of its future.

The trend of Hindu forces gaining acceptability was not just a fleeting moment in India’s contemporary history, as some thought, but was holding sway over people’s thoughts and actions, as evident in the manner in which institutions critical to a democratic form of governance were being undermined or, worse, destabilized.

Voices of protest were heard from various parts of the country, dissenting tones were sounded against the onslaught against the fundamentals of our democracy, but they were all drowned in the cacophony of the counternarratives and the command of executive measures.

With a robust parliamentary majority, the ruling dispensation in New Delhi began to arrogate to itself the liberty, or shall I say the entitlement, to stifle any attempt from any section of society that appeared inconvenient to their scheme of things.

One of the biggest fallouts of this trend was the diminishing space for secularism, a defining characteristic of the Indian republic. There were calibrated efforts by right-wing organizations to craft a narrative that demonized secularism in India; in fact, they began to mount scathing attacks on it by labeling it "pseudo secularism" promoted by other political parties and intellectuals with left-wing ideological leanings. Thank you. You are now signed up to Daily newsletter
Additionally, they were also successful in painting the secularism practiced by the main opposition Congress party and some regional political parties as the appeasement of minorities — mostly Muslims and Christians. And that narrative seems to have struck a chord with the ordinary Indians of the majority community.

With secularism taking a beating at the hands of the present dispensation at the center, they surreptitiously introduced their agenda of establishing a majoritarian state, or the Hindu Rashtra, as they would often describe it.

In the Hindu Rashtra, there seems to be little space for those following religious beliefs other than Hinduism, thereby obliterating the age-old pluralistic religious character of India.

This is worrisome. Because it would mean that we as a nation are frittering away the assiduously built civilization of sarva dharma samabhav or equality of all religions, a true model for the world to emulate.

We need to combat every effort to reverse this valuable civilizational heritage. Who can and should do this? Ideally, every enlightened Indian citizen should take steps to arrest the erosion of the valued tradition of peaceful coexistence of different faiths.

As an institution with all the resources and institutional network at its command, the Catholic Church can play a leading role in retaining and promoting the true secular values of Indian society. The Church has always played its role in social reforms in India, and pre-eminently did it through the medium of modern education that offered opportunities for all, particularly to those who were hitherto excluded from it.

The first lessons of Indian secularism were truly taught and practiced in the classrooms of church-run education institutions across the country where one could find students of different faiths and cultures sharing the same space, thereby erasing the taboos of social differentiation and identity.

This initiative of the Church over the years has brought revolutionary changes in Indian society. But it is not a finished task; it is still a work in progress. And it is here that the Church, in collaboration with like-minded individuals and organizations, must work toward preserving this hallowed tradition of religious pluralism and cultural diversity. This is quite important not only for the Church to maintain its honorable space in India but even more so for promoting the national ethos, the soul of which indisputably is multi-religious.

The future of our country lies not in reducing our culture into a mono-religious entity — it would be a poor option — but rather in enhancing the plural nature of our society. And this can be achieved by diversifying the Church’s efforts to reach out to larger sections of society through its social development interventions and network.

The Church in India has over the years reached out to millions of economically and socially weaker sections of India and they have tremendously benefited from its various schemes and projects. However, all these development efforts may not produce enduring results if the social ecosystem is disturbed by forces that are inimical to the transformative intervention of the Church.

It is therefore imperative that the Church in its development agenda incorporates social values such as secularism and pluralism that will serve as a bulwark against the disruptive tendencies of current political forces.

Divine Word Father Babu Joseph Karakombil, former spokesperson of the Indian bishops’ conference, is a media consultant based in Indore. The views expressed in this article are those of the author and do not necessarily reflect the official editorial position of UCA News.