When plagues cry for an earthquake in Christian history

Seeing God in others triggered the growth of Christianity, and now Christians need to redouble efforts 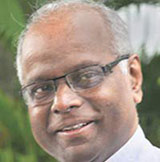 The citizens of Tournai in Belgium bury their dead during the Black Death plague in the 14th century. The deadliest pandemic in human history resulted in the deaths of 75-200 million people. (Image: Wikimedia Commons)

Albert Camus published The Plague in June 1947, three years after the liberation of Paris from the Nazis. It could be read as an allegory of Nazi occupation, the brown plague.

The plague spreads in an Algerian city called Oran. Exiting his office one morning, protagonist Bernard Rieux pauses to note that a dead rat “was out of place” on the landing outside his door. Something “out of place” or “misplaced” connotes impropriety and breached expectations.

Such a judgment exemplifies how the place “combines the spatial with the social.” Oran is a town without pigeons, without trees and without gardens. "Sea-bathing" has all the makings of a secular communion and baptism.

Subscribe to your daily free newsletter from UCA News
Thank you. You are now signed up to Daily newsletter
The plague poses a question about the foundations of the community, which matters for the exiled. Indeed, in most cases of the exiled, the rejection starts at home. Just as Oran functions as a particular site and a microcosm, its evil is both specific and generalized. So, too, the confinement it imposes lays bare for both physical and metaphysical exile.The city’s spatial orientation and culture are indicative of an exile happening long before the plague. Unwittingly, inhabitants live outwardly separated by the surrounding sea and desert; and inwardly by “the sensitivity, complexity and interiority” that Camus believes constitute human beings.

There is a moving passage from the novel in which Rieux indicates that “callousness and apathy” in society are less problematic than misguided heroism. “The soul of the murderer is blind; and there can be no true goodness nor true love without the utmost clear-sightedness.”

Under the sky without heaven, priests “have placed everything in God’s care" and “each of us carries the plague within himself.”

In this way, Oran becomes “the perfect anywhere” for the historically unthinkable to happen. While a precise setting for a specific epidemic, Oran thus becomes an archetypal and mythical place confronting a generalized evil.

Rieux thinks that Oran really needs is “An earthquake! A big one!” The coronavirus pandemic started from a communist land but has become most destructive in developed countries. The people in Western countries remain helpless victims of fate without any security of health and social welfare. “The essential thing was to save the greatest possible number of persons from dying and being doomed to separation. And to do this there was only one resource: to fight the plague.” The so-called developed countries had all possible amenities of life, all weapons possible both for use and for sale, but they became helpless and miserable in defending their own.

The death rates tell us of the total breakdown of their medical systems, which in some cases literally abandoned the elderly to die in some sort of social euthanasia. It appears that the liberal system could not even shut down their cities and towns, and failed to resist the virus infecting communities.

The failures are the consequence of a profit-oriented market economy and consumer culture that worked for privation of every element of social life. A social life rooted in private profit reaps catastrophe of human community. “To every one according to need, and from every one according to his capability” is a Marxian statement. But it arises from Judeo-Christian culture of a community, where the individual’s life becomes meaningful in the self-evacuation to the other. It is this humanism that worked wonders in our modern world.

The Christian response to plagues begins with some of Jesus’s most famous teachings: “Do unto others as you would have them do unto you”;  “Greater love has no man than this, that he should lay down his life for his friends.” Put plainly, the Christian ethic in a time of plague considers that our own life must always be regarded as less important than that of our neighbour.

During plague periods in the Roman Empire, Christians made a name for themselves. Historians have suggested that the terrible Antonine Plague of the second century and the more famous Plague of Cyprian in the third century led to the spread of Christianity, as Christians cared for the sick and offered a spiritual model, explicitly showing that plagues were not the work of angry and capricious deities.

Seeing God in other human beings triggered the explosive growth of Christianity. Cyprian’s sermons told Christians not to grieve for plague victims who live in heaven but to redouble efforts to care for the living.

Pagan Emperor Julian would complain bitterly of how “the Galileans” would care for even non-Christian sick people, while church historian Pontianus recounts how Christians ensured that “good was done to all men, not merely to the household of faith.”

The coronavirus crisis hopefully will initiate a social rewriting of the grammar of our communitarian life.

Father Paul Thelakat is a Catholic priest of the Eastern Syro-Malabar rite and former spokesman of its synod of bishops. He is editor of Light of Truth, a church-run biweekly from Kochi.