What's in a name?

Changing the label for Pakistani Christians does not guarantee their dignity 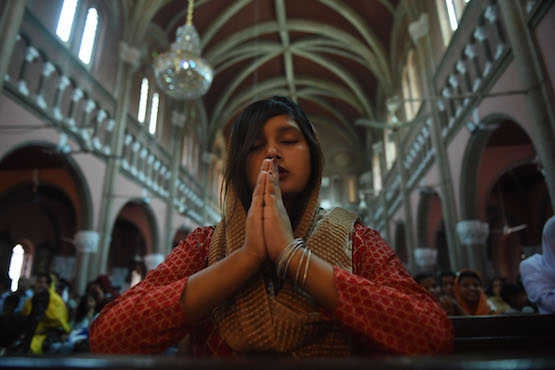 What’s in a name? That which we call a rose
By any other word would smell as sweet.

This famous Shakespearean quote from his iconic play, Romeo and Juliet, connects with cultures far and wide. It now resonates all the more with Pakistani Christians.

Last month, a place on identity cards describing one's religion was amended by the National Database and Registration Authority to reflect a change in the label for identifying Christians, from "Isai" to "Masihi." Consequently, all government departments have been directed to call Christians "Masihi" in official forms and documents. Isai refers to the popular urdu word for Christian while Masihi or Masih, urdu for "Messiah" is often added after the names of male Christians when there is no surname and is used to identify a male Pakistani as a Christian.

The news, largely ignored by the mainstream media, quickly became a top-trending topic among Christian social media users. I also received an image of the new computerized national identity forms through a Whatsapp group.

"Greatest achievement for Christians in the history of Pakistan. We are really proud of you Asia Nasir," posted a non-government organization worker to the group about the Christian lawmaker.

I hate to be the Grinch of Whatsapp but I couldn't help asking them about the tangible, real-world benefits behind the hype. In my 12 years of journalism, I have not attended a single seminar where Catholic Church leaders campaigned for this mandate. At times, I did hear some dissident voices interrupting Muslim speakers when they referred to the audience as Isai.

The most uncomfortable moment came last year when retired Justice Nasira Javed Iqbal addressed a seminar organized by Peter Jacob, the former executive secretary of the Catholic Bishop's National Commission for Justice and Peace. Nasira had only just begun her speech when one of the participants rose from his seat and shouted, "We are not Isai, we are Masihi." The liberal activist, who was innocently using the Islamic term for Christians, apologized immediately.

"She intended no prejudice but it felt as though we were being victimized. This word has profound cultural and religious connotations. It has been used in the subcontinent for more than 450 years. The early Christian travelers were referred to by the same title," Jacob later told me.

Appeals to correct the "error" resurfaced in March when, for the first time in 19 years, Pakistan began compiling a national census. The Minorities Teachers' Association sent a letter to Prime Minister Nawaz Sharif complaining that the column referring to religious identity only allows Christians to choose the word Isai.

The people of the subcontinent have, in the course of their long history, been given many names. Invariably imposed by others, the imposition was often degrading and insulting. Among those names, the name Isai is the one used in the Quran for the followers of Christ.

In his widely read book, The Construction of Pakistani Christian Identity, the Irish educationist John O'Brien clearly describes the term.

"A minority of informed Christians object to this on theological grounds seeing it as a refusal to acknowledge Jesus as Al-Masih, and suggesting it is the same as calling Muslims Mohammedans. Isai can also imply the person is a nominal Christian who knows little about the practice of that religion," he writes.

A Masihi believes Jesus is the resurrected Messiah and officially recognizes Easter as a holiday.

For decades, the often-misunderstood term, Isai, was no great issue for the 2 million Christians seeking equal citizenship and rights in the insurgency-hit Islamic republic. In fact, our leaders should have been more concerned about "Churha," arguably the most problematic term in modern usage.

All Christian leaders agree that this term has become a source of abuse and is not employed in polite speech. The "N-word" in the United States carries similar racially contentious overtones, for example. The derogatory term literally means "sweeper," referring to the menial jobs to which Christians are frequently relegated on account of their faith and the associated social barriers.

Sadly, this unofficial term receives official recognition now and then. The government advertisements always single out Christians, Hindus and Shia Muslims in Pakistan for sweeper jobs. In March, the local municipal administration in Bannu district, northwestern Pakistan, used newspapers to advertise 14 vacancies for sweepers for male and female "non-Muslim applicants."

This is where the policy change is needed the most. Changing one noun in government documents does not necessarily improve our dignity. Mere slogans and paperwork can win some votes for our lawmakers but the real change can only come by changing attitudes and the discriminatory clauses in the constitution itself.

The greatest achievement for Christians in the history of Pakistan will be when news channels broadcast the live coverage of an inauguration of a non-Muslim president in Islamabad. The office of the president of Pakistan is merely ceremonial now, and all executive powers rest with the Prime Minister, but a Christian will for us be triumph as equal to having a Christian prime minister.

Until this dream becomes a reality, we shall keep rejoicing in the small changes on paper which offer some morsels of satisfaction to our neglected community but won't guarantee us the status of equal citizenship.

Pakistan turns 70 this August. So far, our biggest achievement came in 2009 when the government established a 5 percent quota for religious minorities for jobs in federal government services across the board. Perhaps our lawmakers should devote their energies to ensuring its proper implementation.

But in the meantime, we ask What's in a name? The bad news continues for Masihis!