What to do when it's Pope Francis on the phone 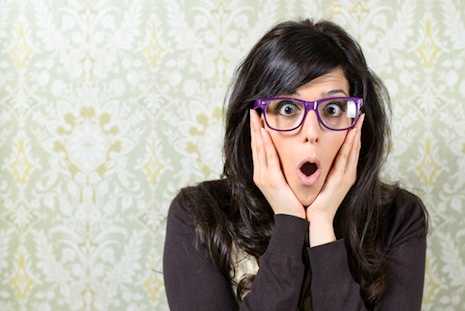 The idea of a pope calling up random people for informal chats has become a minor cultural sensation in Italy, so much so that famed columnist Beppe Severgnini published a set of tips for how to handle an unexpected call from the Supreme Pontiff in the country's leading newspaper, Corriere della Sera, on Friday.

"Papa Bergoglio is maybe the last guy on earth who actually calls land lines. If you hear your home phone ringing, therefore, get ready."

"Even if the pope tells you to use tu, thank him but stick with the classic Lei or the Spanish-ized Voi. Try not to go overboard, in one direction or the other. Calling him 'Frankie,' for instance, would be inappropriate. Exclaiming 'Your Holiness!' is predictable, but getting carried away with appellations such as 'Your Magnificence' or 'Your Megagalacticness' would be a little grotesque."

"Listen before speaking, and don't bring topics up yourself. If the conversation turns to his native Argentina, ask the pope how his countrymen behaved when he received the national soccer team. (Chaotically, the delegation was three times larger than anticipated.) While you're at it, ask what he thought about Ezequiel Lavezzi sitting on the papal throne." [Note: Lavezzi is an Argentine soccer star.]

"Don't be afraid to be normal, because a light touch is a gift. If Pope Francis wanted to be bored, he would have called a government minister."

"Don't talk about recent problems in the Vatican, which aren't his fault, and anyway are already very much on his mind. If the conversation turns to animals, it's prohibited to use the word 'crows'." [Note: 'Crows,' in Italian i corvi, is a popular euphemism in the Italian press for the presumed architects of the Vatican leaks affair.]

"Pope Francis has a good sense of humor. Tell him that's a beautiful thing, because irony is the sister of mercy; allowing yourself to smile and to forgive the imperfections of the world."

"Ask about Benedict's health, which will make him happy."

"Don't ask for anything practical – the pope is an important man, but he's not a bureaucrat. If you start requesting recommendations, permission slips, concessions and favors from him, the pontiff will be sorry he ever called anybody in Italy and will disable the '+39' country code on his phone."

"Don't end the conversation yourself, but let the pontiff decide when to say goodbye. If your mom, your wife or your husband starts yelling from the kitchen, 'Come on, move it, the food's ready, get off the phone!', ignore them. Then, while you're pouring the wine, say: 'The Successor of Peter says hello. So, what's for dinner?'"