What is the driving force of Francis' pontificate? 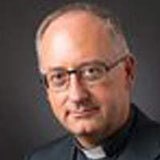 After seven years of this pontificate, what is its driving force? Some commentators and analysts have wondered if Francis’ drive still exists; others have tried to reflect on its substance. The question could be rephrased as follows: What kind of government does Francis exercise, and how do we interpret it in the light of these seven years? I intend to address this question here, examining the meaning of his way of governing, which comes from his personality, his own life and formation.

Let us take a step back to the time of the Council of Trent. Some Jesuits were present at its very beginning as theological experts: Fathers Diego Laìnez and Alfonso Salmerón were designated to attend by Ignatius at the request of Pope Paul III. Claude Le Jay, the procurator of the bishop of Augsburg, joined them. The founder of the Society of Jesus, St. Ignatius of Loyola, instructed his confreres on how to behave.

The interesting thing is that he did not go into doctrinal and theological questions at all. He was more concerned with the testimony of life that the Jesuits were to give. This already gives an initial indication of how Ignatius understood the reform of the Church, and in a context as singular and important as that of a General Council. For him it was primarily a matter of reforming people from within. The Church is never closed