About 20 members of Hong Kong's Catholic Justice and Peace Commission (JPC), as well as like-minded Christians, recently visited South Korea to learn about the church's role in the struggle to preserve democratic freedoms.

The Aug. 19-26 visit, co-organized by the Clerical Congregation of the Blessed Korean Martyrs, involved groups representing workers, women, churches and the media.

South Koreans struggled for decades before reaching the current stage of democratic development where leaders can be removed through popular dissent. The church supported the mass rallies against unpopular governments.

During their visit, the Hong Kong delegation must have been mindful that back home 16 young political activists had been thrown into prison.

So there was an emphasis on gaining an insight into local grassroots activism, particularly by the laity.

The Hong Kong Christians wanted to learn more about candlelight vigils in South Korea and how they supported political demands.

The Hong Kong delegation visit started at Moran Park in Namyangju City, where the tombs of about 160 martyrs for justice and democracy are located. Pope says Christians in Asia are not 'conquerors' subverting 'identity' 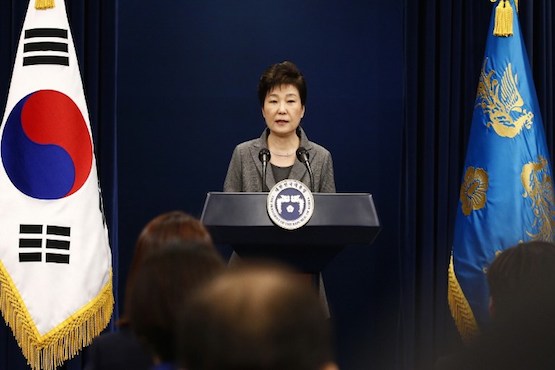 The delegation then went to the Peace Market in Seoul where activist Jeon Tae Il worked and where he burned himself after police suppressed a protest in 1970. His death stirred public outrage, especially among intellectuals, workers and students.

A meeting was also held with the Catholic Peace Community, a lay movement founded in 2014. The group's members, now mostly middle-aged, were student activists in the 1980s and 90s. Their commitment to democracy, instilled when they were young, has stood the test of time even after they married or followed careers.

The aim of Brother Yang Un Gi, the Korean host, was to let the visitors see that sacrifices did not bring immediate political change; but instead planted the seeds of democracy. Or as Catholic laywoman Park Sun Hee said, "Democracy is nurtured by blood."

Park devoted herself to the labor movement from the mid-1960s through the Young Christian Workers organization. She is now a leader of the Catholic Justice Implementation National Union.

As a lay movement, the union unites different Catholic groups to build the "Kingdom of God on Earth" as they think the church is moving too slowly.

One aim of the JPC-organized visit was to witness the uniting social movements given that Hong Kong activism seemed to have stalled after 2014's so-called "Umbrella Movement."

Jackie Hung of the JPC said a lot had been learned from the way justice had been fought for in South Korea after 2014's Sewol Ferry disaster which claimed 304 lives, noting this had not happened in the wake of a 2012 ferry tragedy in Hong Kong, which left 39 people dead.

After examining firsthand, the South Korean people's decades-long struggle for democracy and justice, Hong Kong activists know that they must sacrifice more to secure change.

Indeed, Rome was not built in one day.

Members of the current generation in Hong Kong may not achieve democracy in their lifetimes, however the goal must be preserved.

Brother Yang Un Gi, the visit host who is facing two lawsuits over protests against the construction of a new naval base, is sympathetic to Hong Kong citizens trying to obtain basic democratic rights.

However, he felt their methods had so far been "too simple and passive."

There was a challenge for the visiting activists in that the two countries have vastly different cultures.

How many Hong Kong people are willing to push for democracy today? How upfront is the Hong Kong Catholic Church willing to be?

What Brother Yang said could be a reminder to us all: "It's time to realize the truth of what we want to obtain, and that the greater meaning it carries, the greater sacrifice it is."

He also invited those who are disturbed by the worsening situation in the Hong Kong to meditate on the words of St. Paul the Apostle, "Who then shall separate us from the love of Christ? Who can take away our rights? Who can oppress our freedom?"