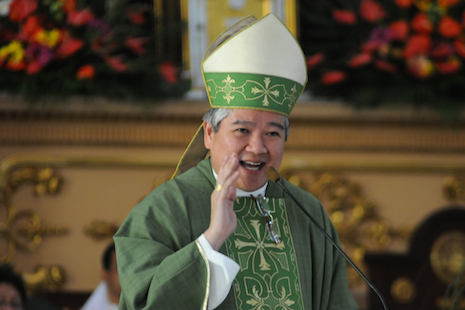 Philippine Archbishop Socrates Villegas of Lingayen-Dagupan says it's the millennials' turn to seize the mantle of leadership. (Photo by Roi Lagarde)

Archbishop Socrates Villegas of Lingayen-Dagupan, president of the Philippine bishops' conference, has sought the help of the younger generation to take care of the environment.

"We need the millennials," Archbishop Villegas said in an Aug. 28 statement.

"We need their help because times are changing fast and it is them who are at the forefront," the prelate said, adding that the younger generation "bears the responsibility of understanding and evolving not just with the environment but with the faith."

"The home that God entrusted to us is dying and it's obvious with the climate change and irresponsibility we've tolerated for too long," Archbishop Villegas said.

He said the millennials have the power to communicate effectively and instantly.

"We hope that by reaching out to them, they can help us reach out to more people," the archbishop said.

"They do that so naturally and so effortlessly already. The same way the Word of God is something we're naturally drawn to, we hope that they share the same message of caring for our only home," he said.

In his encyclical on the environment, Laudato si', Pope Francis expressed the pressing need to care for the Earth, saying that the ecological crisis is a call to a "profound spiritual conversion."

The pope urged Catholics to mark the annual World Day of Prayer for the Care of Creation on Sept. 1 by reaffirming their "personal vocation to be stewards of creation."

Archbishop Villegas said the pope has taken a concrete lead for caring for the Earth. "We shouldn’t let his visit here earlier this year go to waste," he said. 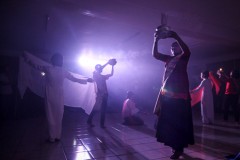