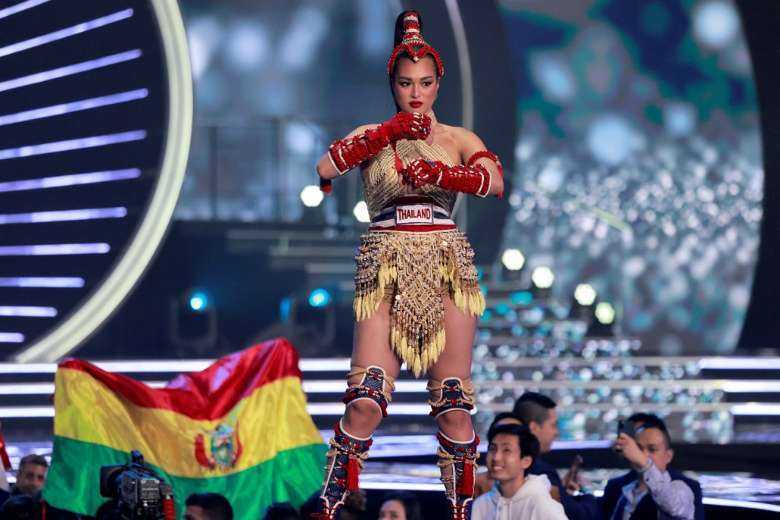 A beauty queen in Thailand has caused a stir by insisting that her voluptuous physique is no less attractive than slender bodies in what many of her supporters say is an important campaign for body positivity in the beauty-obsessed nation.

Thais have taken to social media to denigrate Anchilee Scott-Kemmis, 22, who holds the title of Miss Universe Thailand 2021, for representing the Southeast Asian nation at the Miss Universe pageant held on Dec. 12 in Israel.

Many commenters took issue with what they saw as Anchilee’s excess weight, going so far as to suggest that they were ashamed of her representing the country internationally, especially because she failed to finish in the top 16.

“Wow, she is so fat!” one female commenter noted.

“Thailand is full of beautiful women, but she’s not one of them,” another commenter argued.

In response to the online abuse, the beauty queen, who is of mixed Australian and Thai parentage, has defended her body image with the hashtag #RealSizeBeauty.

“Real-size beauty is about you celebrating your individuality, the aspects of your diversity and the unique qualities you have within you,” Anchilee explained in a YouTube video.

“It’s about being proud of who you are and where you’ve come from and it’s not limited to shapes and sizes. I think [my stance] will empower women, particularly Thai women, by really showing how liberating it is, once you accept yourself for who you are and celebrate your individuality.”

She went on to say: “The reality is, I’m just naturally bigger-built. So it came through accepting that this is who I am, I’m proud of who I am and what I’m able to achieve beyond my size.”

Her supporters have endorsed Anchilee’s positive take, deriding the popular image of Thai beauties, perpetuated in commercials and soap operas, as slender women with exceedingly fair skin in a tropical country where most citizens naturally have darker skin tones.

“Thailand’s Miss Universe candidate Anchilee Scott-Kemmis may not have attained the crown but her message #RealSizeBeauty, encouraging people to discard traditional beauty standards for more diversified realities, remains a winning one,” Atiya Achakulwisut, a journalist and social commentator, noted on Dec. 14.

“Many online users thanked her for speaking out against stereotype beauty standards that demand women be thin, fit and fair-skinned.”

Anchilee is no stranger to controversy beyond the cause of body positivity. The beauty queen has been a supporter of Thailand’s youth-led pro-democracy movement — a stance that has rubbed some ultra-conservatives the wrong way.

Late last month Sonthiya Sawasdee, a hardline royalist and former politician, filed complaints with police against Anchilee over a promotional poster in which she held a Thai flag with the country’s tricolors photoshopped into the image’s background.

Because she was seen to be standing on the flag in the image, she was accused of breaching the country’s Flag Act, which bans the use of the national flag for commercial purposes.

Liberally minded commenters leapt to her defense, mocking ultraconservatives over the kerfuffle with seemingly endless memes.

“That’s what incompetent politicians in this country usually do. It’s easy for them to gain popularity by accusing people using patriotism as a tool, especially when the person they are accusing is on the opposite side of their political games,” a commenter said.