More than 45,000 pilgrims celebrate the feast of the Portuguese saint in Nghe An province 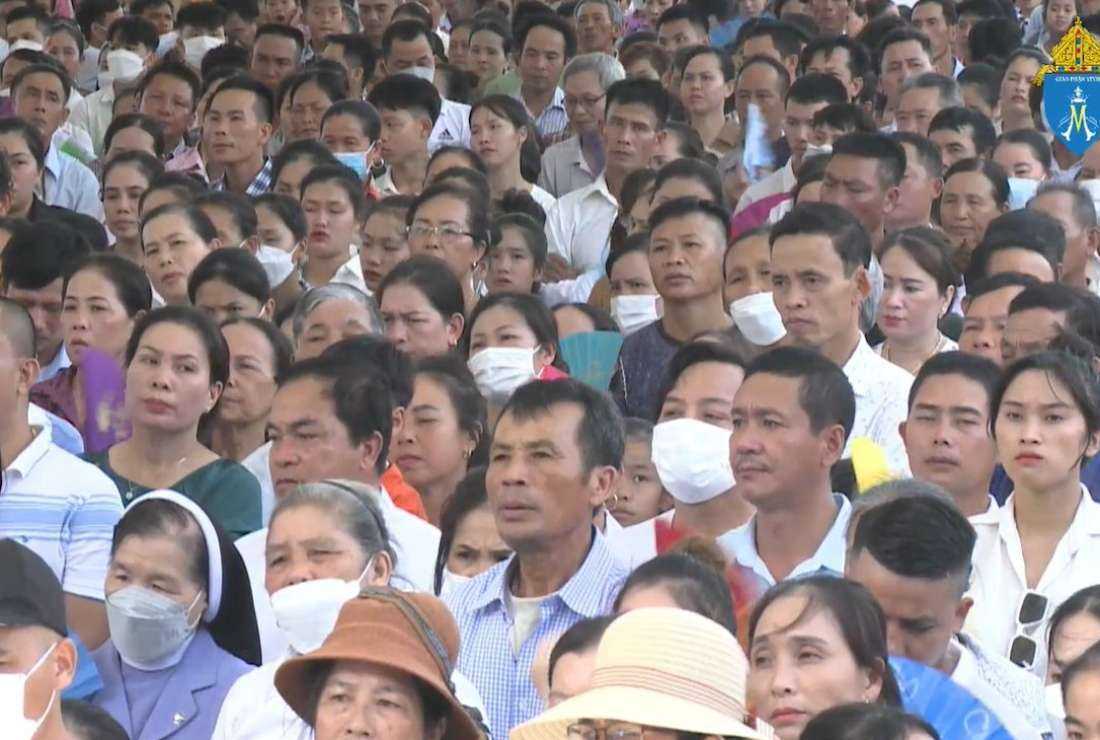 Pilgrims attend the Feast of St. Anthony of Padua at Trai Gao on June 13. (Photo: gpvinh.org)

Tens of thousands of St. Anthony of Padua devotees in Vietnam have been urged to follow the saint's examples of how to promote communion, participation and mission.

In the scorching sun on June 13, more than 45,000 pilgrims including some from other faiths thronged the St. Anthony of Padua Pilgrim Center for the feast of the Portuguese saint. The center is based in Trai Gao in Nghi Loc district of Nghe An province.

The faithful were invited to come to the saint to get closer to Christ and overcome big challenges caused by the coronavirus pandemic.

Bishop Long said the saint, who was from a rich family but gave up everything and joined the Franciscan Friars, lived a life of synodality in the church through his virtues. He enthusiastically united all people in Christ to fight against anti-Catholic heresies and led a simple and poor life to proclaim the Good News to other people.

Noting the saint worked with all Christians to make a commitment to creating unity in their environment, he urged local pilgrims to bravely make sacrifices and overcome temptations to listen to one another and join hands to foster unity in their communities and parishes.

“All Christians must be united in taking part in community activities. They should build a community of faith, hope, love, participation and mission”

The prelate said St. Anthony endlessly brought God's word to all people in all places. His evangelization was highly effective due to his loving care and charity for patients, the marginalized and people in delicate situations. Consequently, many found Jesus' presence in his life and bravely followed the Lord.

He urged pilgrims to bear witness to divine love and mercy in their daily life.

Bishop Long called on them to be always wise to discern rampant bad information from social media which are full of division, separation, hatred and malice. They should have true, holy and beautiful hearts to spread messages of love, peace and unity.

He warned that it is not right and proper that many Catholics only seek peace for themselves and pay attention to their faith, but they ignore other people and fail to join lay groups.

“All Christians must be united in taking part in community activities. They should build a community of faith, hope, love, participation and mission,” he said.

Pilgrims thronged the 124-year-old shrine to seek divine peace, mercy and healing through the saint's intercession. The shrine is believed to be a common house that warms up people's cold and heavy hearts, poverty and misery.

In 1898, foreign missionaries had a statue of St. Anthony shipped from France to Trai Gao for local people to seek his intercession

During ceremonies on June 11-13, people attended Masses, recited the rosary and Divine Mercy prayers in front of a big statue of St. Anthony and tried to touch the statue around the clock. They carried a statue of the saint and attended a Eucharist adoration led by Bishop Long.

They spent nights on the ground and bought rosaries, crosses, pictures of St. Anthony and other Catholic items as souvenirs and had them blessed by priests.

St. Anthony was born in Lisbon, Portugal, on Aug. 15, 1195. He was ordained a priest and later became a Franciscan friar. He was widely acclaimed for his outstanding preaching, undying love for the poor and sick and expert knowledge of scriptures.

He died in 1231 at the age of 35 in Padua, Italy, from a chronic case of edema. He was canonized by the Vatican a year later and in 1946 was declared a Doctor of the Church.

In 1898, foreign missionaries had a statue of St. Anthony shipped from France to Trai Gao for local people to seek his intercession. But when they carried the statue to the present site, the statue became too heavy for them to move to the top of a hill as they planned. They found the saint’s miracle and decided to place it there and build a wooden chapel.