Sitting on a stool in her small house, Elizabeth Le Thi Hieu expertly weaves a non la, the palm leaf conical hat that is one of Vietnam’s proudest art forms and part of the history of the communist country's Catholic community.

Hieu, whose hands move swiftly and precisely, sometimes has no need to look down to track their movements, relying on a form of muscle memory akin to tying one’s shoelaces.

Key materials for conical hats are palm leaves and bamboo wood collected from forests. Her husband makes thin and small bamboo sticks that are bent into circles with different diameters.

Hieu, who was taught how to make conical hats by her parents, said green leaves must be put in the sun for days to let them dry out and take on a light straw color. They are ironed with a heated tool to make them flat and firm. Sixteen bamboo circles wrap around a cone-shaped frame, each one steadily increasing in length from near the cone of the hat to its brim. 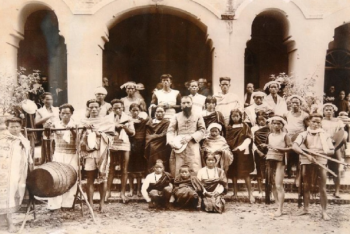 How Vietnam beat the coronavirus