Bishop tells youngsters to use smartphones to strengthen their religious faith 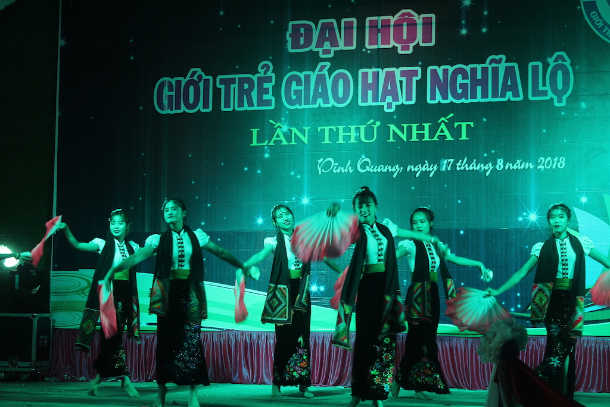 Hundreds of young Catholics in Vietnam have been urged to use smartphones to study Catholic values and strengthen their faith.

The isolated northwest area is home to ethnic minorities who have no resident priests and face religious restrictions.

When Auxiliary Bishop Alfonse Nguyen Huu Long of Hung Hoa asked participants if they used smartphones, they all raised their hands, with some even having two phones. When he asked if they accessed the diocese's website and other Catholic websites to get church information and study the catechism, only a few raised their hands.

"I would like you to wisely use smartphones and their useful apps to access the internet and study the catechism, religious values and good things to direct your life in a fast-changing society," Bishop Long told them.

The prelate urged them to avoid spending time chatting about trifles and encouraging harmful fake news.

The head of the Commission for Evangelization of the Catholic Bishops' Conference of Vietnam asked the gathering to follow the shining example of the Vietnamese martyrs who bravely died for their faith. "Don't fear any threats but live out your faith publicly," he said.

He asked them to courageously bear witness to the truth in a society where lies, falsehoods, misconduct and dishonesty prevail. They should lead an active and exciting life and show their faith by joining and developing Catholic associations in parishes. Bishop Long said the future of the local church is in youths' hands. He warned that moral values are declining and only 30 percent of the diocese's 250,000 Catholics practice faith and attend liturgical services. People today run after material needs rather than God, he said.

"I know some Catholic websites and will access them to get church information," she said.

Nghia Lo Deanery has 15,000 Catholics, half of them from the Hmong, Thai and Tay ethnic groups, in five mountainous districts of Yen Bai province. They are served by 10 priests.

On Aug. 8, 900 youths attended a gathering led by Bishop Long and priests in Yen Hop parish.