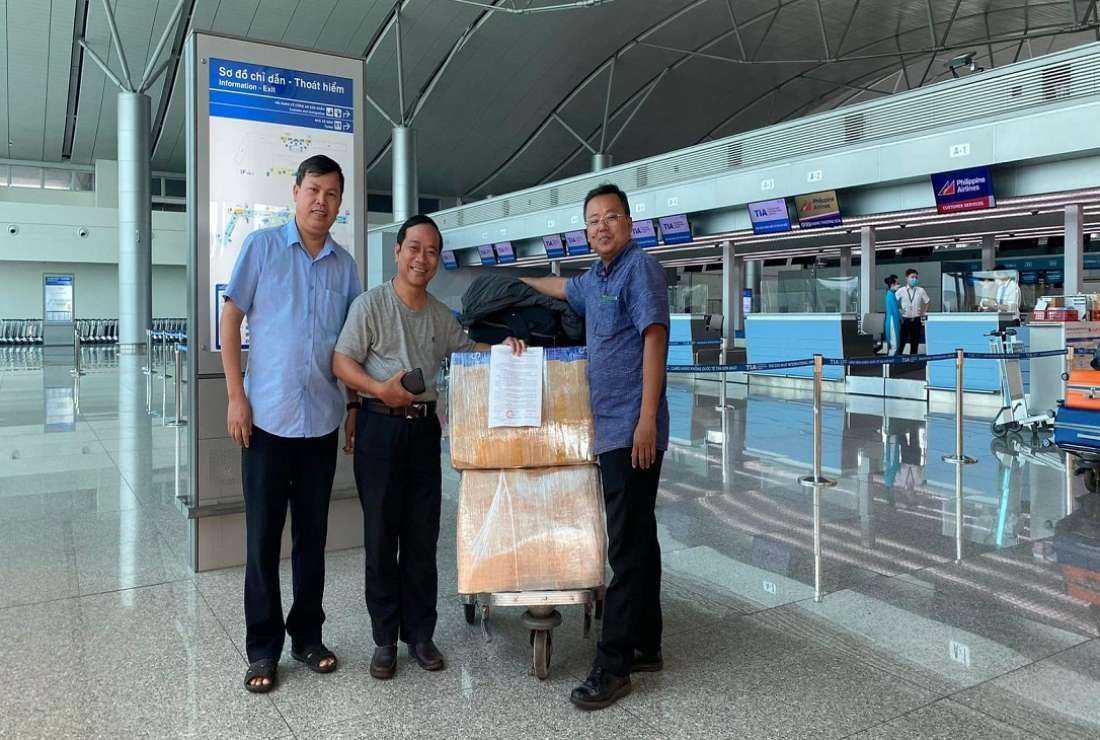 A Redemptorist priest who works to console old soldiers in southern Vietnam has been banned from flying to the United States for social safety.

On Oct. 24, Redemptorist Father Joseph Truong Hoang Vu was stopped by public security officers at Tan Son Nhat International Airport in Ho Chi Minh City while he was due to take a flight to Manila, the Philippines, and then to the US.

In a report issued by the airport’s public security unit, Senior Lieutenant Colonel Doan Van Dac said the 45-year-old priest was not allowed to leave the country for “reasons of social order and safety specified in Article 36 of the 2019 Immigration Law.” The article presents those whose leaving for foreign countries is considered to affect national defense and security by government authorities.

Father Vu, who serves at Can Gio parish in the city, was asked to contact the Public Security Department in Ho Chi Minh City to deal with his complaints.

However, the priest, who was accompanied by two other Redemptorists, reportedly returned home without filing a complaint about the ban.

Father Vu is in charge of the Grateful Season program which annually provides financial support for some 6,000 disabled soldiers of former South Vietnam backed by the US. The money is donated from benefactors and other former soldiers in the US and other countries.

Those elderly, battle-scarred soldiers have been suffering much material and emotional distress since the Vietnam War ended in 1975.

Last month, Redemptorist Father Paul Le Xuan Loc, who dedicates himself to social justice and human rights, was also prohibited from flying to the Philippines for reasons of national defense and security by police at the airport.

Father Loc said the reason for banning him from going abroad shows the arbitrariness of the authoritarian government.

Vu and Loc are among six Redemptorists who have been banned from leaving the country by the government. They are known for speaking out against social injustice, religious freedom, and illegally grabbing land.