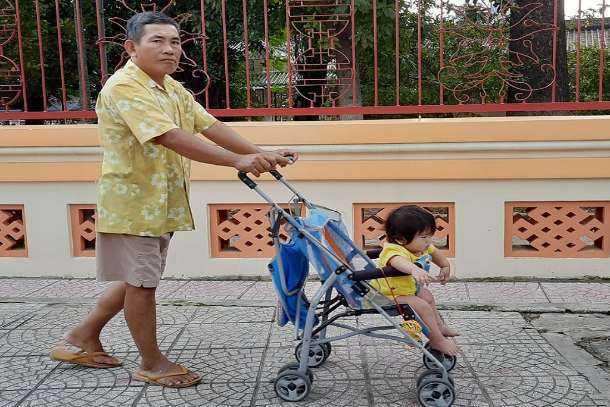 A man pushes a stroller on a street in Ho Chi Minh City. Many men have given up their jobs to look after their children so that their spouses can pursue careers. (Photo: UCA News)

Two years ago, on mature reflection, Martin Nguyen Huu Thinh decided to stop working for a company in Binh Duong province and look after his seven-month son at home so that his wife could pursue her job at a communication company.

At that time his wife took home a monthly salary of 12 million dong (US$520), much more than his.

Thinh ignored his relatives who advised him not to give up his job. They live with his parents, who are too old to care for their son, in Ho Chi Minh City.

“Now I both care for my child, do housework and run a laundry service at home to generate income, but my parents-in-law nag me to seek a job and support the family,” the 35-year-old father said, adding that they tell him that as a man in a patriarchal society he must be the breadwinner and let his wife stay at home and look after the child.