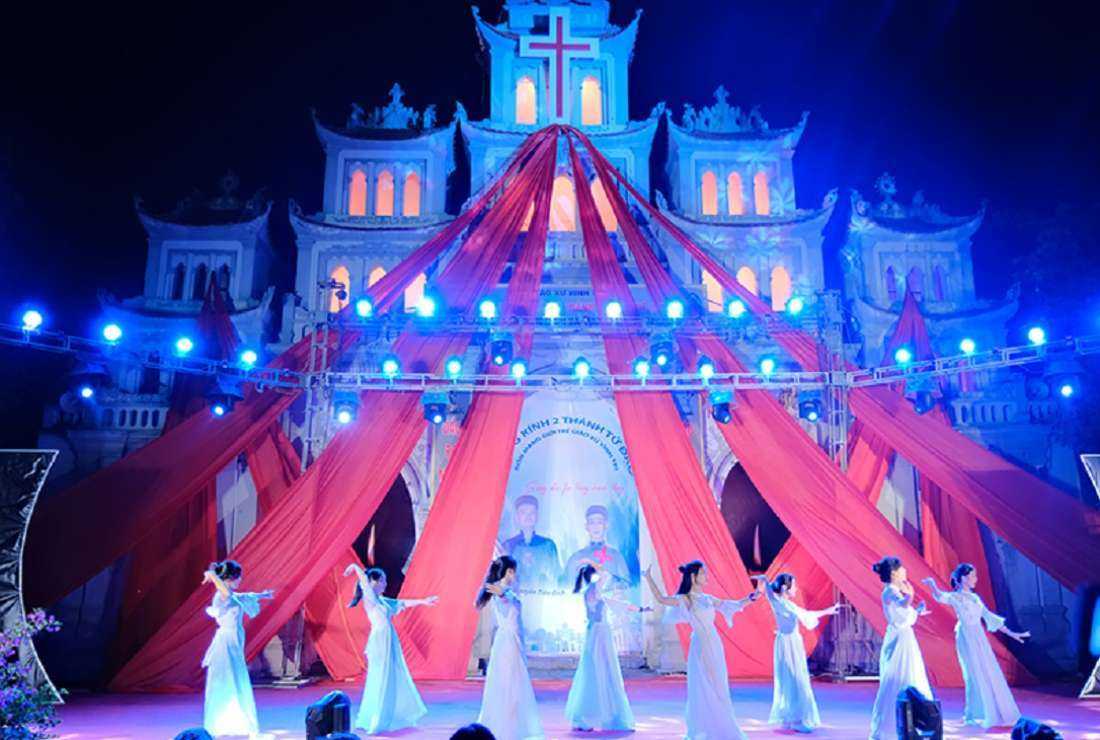 Catholics in a northern province have been urged to remain true to their faith and take part in Church activities as a way to show respect to their ancestral martyrs.

On Aug. 12, thousands of people attended a special Mass to mark the 184th anniversary of the deaths of martyrs Anthony Nguyen Tien Dich (1769-1838) and Michael Nguyen Huy My (1804-1838) at Vinh Tri Church in Y Yen district of Nam Dinh province. Many of them came from neighboring parishes.

Archbishop Joseph Vu Van Thien of Hanoi presided at the ceremony joined by 20 priests and Emeritus Bishop Joseph Nguyen Van Yen of Phat Diem, who has an ancestral tie to Martyr Dich and is from the age-old parish of Vinh Tri that was home to the martyrs.

“Saint martyrs Anthony Dich and Michael My are the great pride of our parish and the archdiocese. We commemorate them with heartfelt gratitude and filial duty," Archbishop Thien said.

The prelate said that in the time of religious persecution in the 19th century, local Catholics were forced to reject their faith by crossing crosses, otherwise they would be condemned to brutal torture and death. The two martyrs categorically refused to abandon their religion and bravely accepted death.

He asked them to follow their ancestors’ shining examples by being loyal to the Christian faith, looking after their own families and actively participating in activities in the church and society.

On the previous evening, local people with candles and torches in their hands marched and carried the martyrs’ relics on a colorful base around their village, and youths in traditional costumes put on cultural performances and plays about the lives of the martyrs in front of the church.

A lay leader said the two martyrs offer local people perfect examples of bearing witness to the faith and glorifying God through their own deaths which are like an epic song. Local people are committed to living a life worthy of being children of God in a fast-changing world.

Martyr Dich, who fathered 10 children, took an active part in Church activities and generously offered material support and health care to priests and seminarians. He also hid missionaries and seminarians in his home.

Martyr My, who married a daughter of Dich and had eight children, obeyed Bishop Joseph Havard of Tay Dang Ngoai diocese to serve as village head and protect local Catholics during the persecution. He was a much-loved and highly respected leader by local people.

Dich, My and a priest were arrested on May 11, 1838. They were detained and tortured for months until they were executed on Aug. 12 that year.