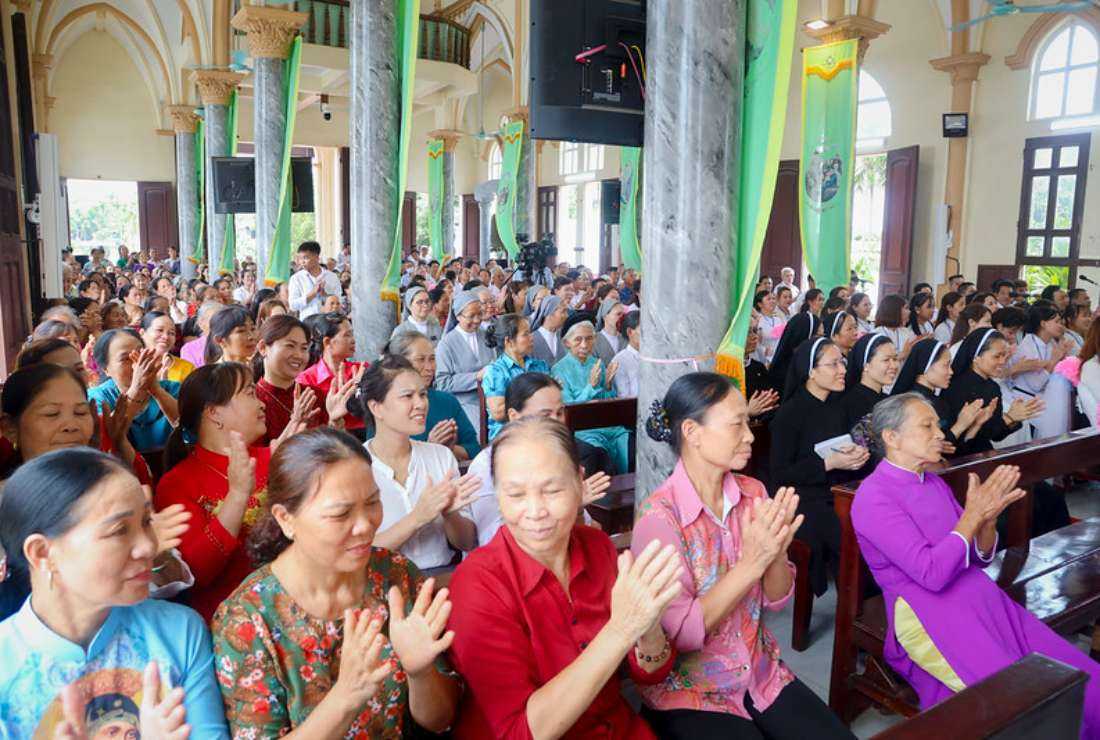 Hanoi Archdiocese in northern Vietnam has formally established a new parish bringing cheers to hundreds of Catholics in a community whose ancestors embraced Catholicism more than 150 years ago.

Archbishop Joseph Vu Van Thien of Hanoi presided over the ceremony to announce the elevation of parish status for Nhan Khang Church in Ly Nhan district of Ha Nam province on July 1. About 1,000 Catholics including priests and nuns joined a special Mass to mark the occasion.

Archbishop Thien said he elevated Nhan Khang sub-parish to the new parish to boost the faith of local Catholics pastorally and spiritually.

"Today is an eventful day to mark the development in faith of the community here. We have received the faith from our ancestors, and we also have a duty to bring it to our descendants,” the prelate said.

Archbishop Thien assigned Father Joseph Mai Huu Phe as the first pastor of the new parish to take care of some 900 Catholics. Until now, Nhan Khang parish was a sub-parish of Khoan Vy parish.

Joseph Tran Van Hien, head of the parish council, said local people expressed their joy for the new parish by dancing on the streets.

"From elderly to children all people enthusiastically cleaned the church and its compound, practiced dancing and singing of hymns, and took other preparations for this important occasion,” Hien said.

Elderly Catholic, Joseph Tran Van That, said he waited for years to see this day, and he spoke about how local people sustained their faith strongly despite difficult situations.

“God loves and blesses this small community,” he said.

Local elderly people said Catholicism first arrived in the area in the middle of the 19th century when Tran Duc Thang, a Mandarin-speaking local man, converted. In the course of time more embraced Catholicism.

Local Catholics built a wooden church of 168 square meters in 1905. As most Catholics were poor farmers many struggled to keep the faith amid dire socio-economic conditions.

In 2006, Father Joseph Mai Xuan Lam took the initiative to build a new, concrete church on 330 squarer meter plot. The church was completed in seven years.

Local Catholics lend their hands to build other facilities including the Catechism center, the shrine of St. Vincent, and 14 stations of the Way of the Cross.

Over the years, the local parish has produced seven religious for local Catholic congregations.

In recent years, Hanoi Archdiocese, which covers most of Vietnam’s capital Hanoi city, the whole province of Ha Nam and part of the provinces of Nam Dinh and Hung Yen, has founded several new parishes and churches.

Church sources say the uptick in church infrastructure development is a result of partial relaxation of religious policies and other rules to improve the lives of people in the communist-ruled nation.