Vietnamese activist detained on way to meet US delegation 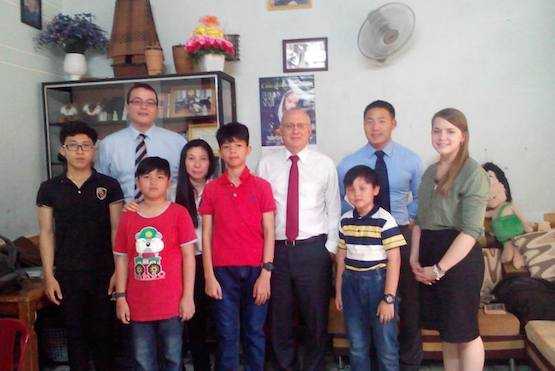 The wife of an imprisoned Protestant minister was detained by Vietnamese security officers as she was on her way to meet with a U.S. delegation on religious freedom.

"Police tried to prevent me from meeting the delegation. I planned to tell them about government religious freedom violations against my husband and other religious ethnic prisoners," Hong told the Redemptorist communication network.

Hong's husband, Nguyen Cong Chinh, was sentenced to 11 years in prison in 2011 for allegedly campaigning against the government and undermining national unity.

At their March 30 meeting, Hong said she presented to the delegation a report detailing the poor treatment and human rights abuses against her jailed husband and other prisoners from ethnic minority groups. She also provided a list of prisoners of conscience.

Chinh defended the religious liberty of ethnic minority groups in Kontum province where authorities had destroyed his chapel house. His denomination is one of various Christian groups that do not have government approval.

Hong, an active member of the human rights group, Vietnamese Women for Human Rights, told the Redemptorist-run website, www.tinmungchonguoingheo.com, that she was stopped and manhandled by 10 plainclothes police officers while on her way to meet the delegation. The police officers then took her back home.

The delegation met  Hong at her home several hours later under the watchful eye of security officials.

Hong said police have remained outside her home for years and often follow her when she takes her children to school.

U.S. President Barack Obama is scheduled to visit Vietnam in May during a trip to Asia.