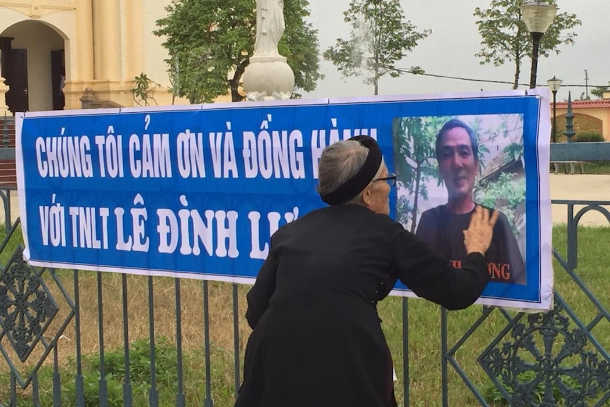 An old woman touches an image of Le Dinh Luong at his home parish of My Khanh. (Photo courtesy from Thanh Nien Cong Giao)

An appeals court in central Vietnam has confirmed a harsh sentence imposed on a Catholic activist accused of trying to overthrow the nation's communist government.

Attorney Manh, one of two lawyers who acted for Luong in court, said the defendant, aged 53, was also deprived of the right to government employment.

During the quick trial, the court building in Vinh City was tightly guarded and surrounding streets were blocked off.

Manh said the convicted man was not daunted by the jail term and in court had a "very gentle and sweet smile" that was a testament to his innocence.

The lawyer added that Luong told the court: "My deeds will be judged by history. I will be happy to be in prison if the nation grows up in freedom and democracy."

Luong, who exercises in prison to keep fit, wants officials to stop inciting other inmates to harass him when he prays.

Manh has asked prison officials to move Luong to a cell with sunlight and allow relatives to visit him each month as allowed by law.

"We never forget him," Nhat said.

Human Rights Watch has called on the Vietnamese government to overturn the draconian sentence imposed on Luong and release him.

The watchdog's deputy Asia Director Phil Robertson said the sentence imposed on Luong was one of the harshest in a government crackdown on peaceful activists.

He called for immediate action to "right this wrong", distinguish between criticism of the government and actual threats to national security and defend everyone's right to free expression.

Luong is one of at least 55 activists who have been jailed this year alone, with many of them now serving long terms of imprisonment. 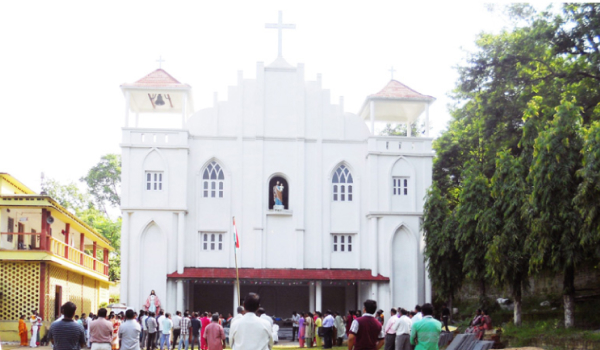