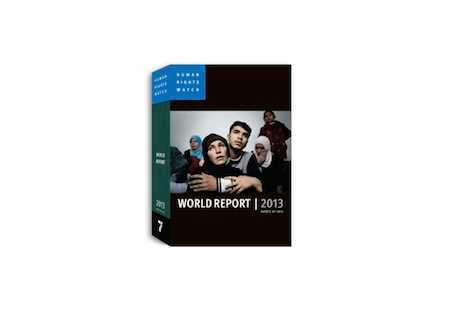 The latest Human Rights Watch report has been released with comments on Vietnam, Indonesia, China and the Philippines included

Rights in Vietnam took “another step backwards in 2012,” Human Rights Watch said Friday in what was among the most damning country assessments in its new annual report.

At least 40 activists were convicted and sentenced to lengthy prison terms, including Christian bloggers, amid an “unprecedented surge in criticisms of the ruling Communist Party” as the economy stagnated and visible corruption grew last year.

Human Rights Watch (HRW) noted that religious freedom deteriorated with the passing of Decree 92 in November, which increased red tape for religious groups.

Vietnam’s rights record has come under intense scrutiny this week.

On Monday, 22 people faced trial for subversion in central Phu Yen province, the largest trial of its kind in recent years, and on Wednesday Vietnam expelled American activist Nguyen Quoc Quan after nine months in prison on similar charges.

HRW also pointed to ongoing violent land disputes in which farmers and villagers typically end up on the losing side of disputes with rich tycoons and government officials.

“Vietnam’s donors and those interested in the country’s development have for too long been doling out huge sums of aid and making large investments without using their leverage to insist on an end to repression,” said Brad Adams, Asia director at HRW.

Vietnam drew unfavorable comparisons to Myanmar, which has initiated a series of political and economic reforms in the past two years even though its rights record too “remained poor,” said the New York-based organization.

“At a time when its ASEAN colleague Burma is undergoing significant change, the Vietnamese government stands out for its retrograde policies, persecuting activists and holding back the country’s development,” the report said.

Although not as far-reaching and rapid as the reforms underway in Myanmar, Vietnam is undergoing a process of mild political and economic reforms this year as it redrafts its constitution, including sections on human rights.

On January 1, the government started a three-month period of consultation with the public on proposed amendments – a process critics say is too short, overly controlled and little more than a token gesture to appease an increasingly critical press and public.

Le Quang Binh, director of the Hanoi-based Institute for Studies of Society, Economy and Environment, a group that promotes minority rights and has organized dialogue with the government on the amendment process, said Vietnam needed to enshrine human rights in the constitution and do more in practice to protect its citizens.

“As in other countries, of course, there will be violations of human rights,” he said. “But will there be any independent mechanism to protect human rights?”

Among the region’s other worst rights abusers, little changed last year in North Korea following Kim Jong-un’s succession of his father at the end of 2011 where the situation remained “dire,” said HRW.

Indonesia, which was also covered in the report, attracted criticism for what HRW called a rising climate of religious intolerance and discriminatory bylaws at national and local levels, which have made freedom expression difficult for religious minorities.

“Indonesia’s growing regional prominence is being held back by the government’s failure to confront intolerance of the country’s diverse political and religious views,” said Phelim Kine, HRW’s deputy Asia director.

“To join the ranks of rights-respecting countries, the Indonesian government needs to act to protect the rights of all its citizens.”

In China, the report pointed to the autocratic succession of the country’s leaders in November when Xi Jinping was anointed as the new president as evidence of the country’s lack of democratic progress despite dramatic economic gains.