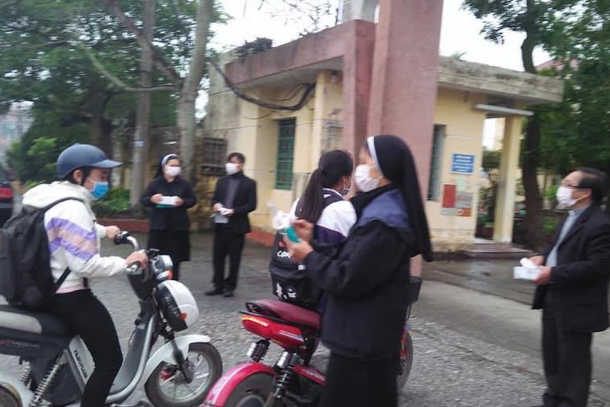 The Vietnamese government has taken urgent measures to fight the coronavirus outbreak after confirming 10 new cases within one day.

Prime Minister Nguyen Xuan Phuc ordered government authorities to implement tough emergency measures to prevent the virus from spreading and to tackle those who hide symptoms of infection.

He said that “to fight the epidemic is to fight enemies” to protect people’s health and lives. The government will accept some economic loss to contain the epidemic.

Phuc also asked government officials to suspend their plans to work abroad so as to deal with the outbreak in Vietnam.

The Health Ministry confirmed that the country had 10 new cases of coronavirus among people aged 54-74 on March 8, the most cases since the epidemic broke out in Vietnam on Jan. 23.

Nine foreigners — seven English, one Mexican and one Irish — and two Vietnamese tested positive for the virus after they arrived in Hanoi on a Vietnam Airlines flight on March 2, the ministry said in a statement.

One of the Vietnamese is a 26-year-old woman who returned home from a trip to England, France and Italy. The woman, who tested positive on March 6, passed the disease to a relative and a driver.

The latest cases emerged after a lull since the first 16 patients were reportedly cured and released from hospital on Feb. 25. There have been no deaths in the country.

The ministry said 100 suspected coronavirus cases are quarantined while 18,497 others are being monitored.

Nguyen Duc Chung, head of Hanoi city, said at a March 8 press conference that Planning and Investment Minister Nguyen Chi Dung, who took the same flight as the woman, tested negative and has been quarantined at his home for 14 days. The flight had 201 passengers and 16 crew.

Hanoi authorities sealed off and sprayed with disinfectant several streets around the woman's house in Truc Bach ward.

Deputy Prime Minister Vu Duc Dam, head of the national steering committee for Covid-19 prevention and control, said the country entered the second stage of the fight against coronavirus outbreak on March 6 when the 17th case emerged.

He asked government bodies to prepare to start to collect public health information on March 10 as a way to contain the epidemic.

Authorities in Hanoi, Ho Chi Minh City and many provinces have decided to keep all schools closed until March 15 due to coronavirus concerns.

Catholics are urged to wear masks while attending Mass and confessing their sins, and to receive the Eucharist by hand. They are also asked to follow preventive measures to protect their health and prevent the virus spreading among them.